Elaine Fuchs: “We all need to embrace diversity”

The community of PhD students welcomed Prof. Fuch's insights on women and science

Earlier this year, Elaine Fuchs, a world expert in skin stem cells, visited IRB Barcelona for a short sabbatical. During her stay, she worked on her science and had engaging exchanges with IRB Barcelona scientists. She also gave a lecture on her career path as woman scientist. She spoke with in vivo about it. With some good advice.

At the end of December, skin stem cells world expert Elaine Fuchs arrived at IRB Barcelona to spend a short sabbatical stay. Her visit, organised by Group Leader Eduard Batlle, was sponsored by the Valee Foundation, an organization that promotes short sabbaticals. Fuch’s mammalian cell biology and development laboratory at the Rockefeller University, New York, focuses on skin biology, stem cells and associated human genetic disorders. In a packed seminar at IRB Barcelona, she explained how stem cells communicate with and respond to their niche, how these signals prompt stem cells to produce new tissue or stay quiescent, and how they balance self-renewal and differentiation. Profitable exchanges with IRB Barcelona researchers took place throughout her stay, as her research areas encompass many of the topics investigated by scientists at the Institute.

Because of her outstanding professional experience, the IRB Barcelona Equality and Diversity Committee asked Professor Fuchs to share her views on women and science. After the seminar, in vivo met with her and asked her to reflect on her career path as a woman scientist.

It took a while to understand it was not fair

“When I was in college, studying physics, in a class of 200 men and just three women, I distinctly remember feeling that if I did well on an exam, the professor would probably think I cheated,” she explains. “But if I got the best grade in the class, then the professor could never accuse me of cheating. I honestly did not think of this insecurity at the time as being anything unusual. I never really felt discrimination. Even though my advisors thought women didn't belong in science. It took me a while to understand that the situation was unfair,” she explains.

She says that it was only years later that she started realising that something was wrong. “My father’s sister is a strong feminist. One day we talked, and she opened my eyes by planting that little seed. I started realising that women actually could do well, we are smart and have creative ideas, too. I had been thinking my ideas were not creative enough, that each step along the way was just a challenge. I thought: I had better do things better because otherwise I am not going to make it in science. It never occurred to me that I was treated differently.”

But indeed women scientists do have it harder. Fuchs thinks it is a question of awareness, and she feels she is in the right position to be able to point out unfair treatment. “I think it’s something that all men need to be cognizant of. A couple of years ago, I was asked to give a talk at a meeting where there was only one woman, me, over the first two days of a three-day meeting. How could they let that happen? No one seemed to see it.”

The point, she says, is that “they were not conscious of it. All it takes is consciousness. And it's not just a matter of men... There are plenty of women that are not aware either. We all need to embrace diversity.” 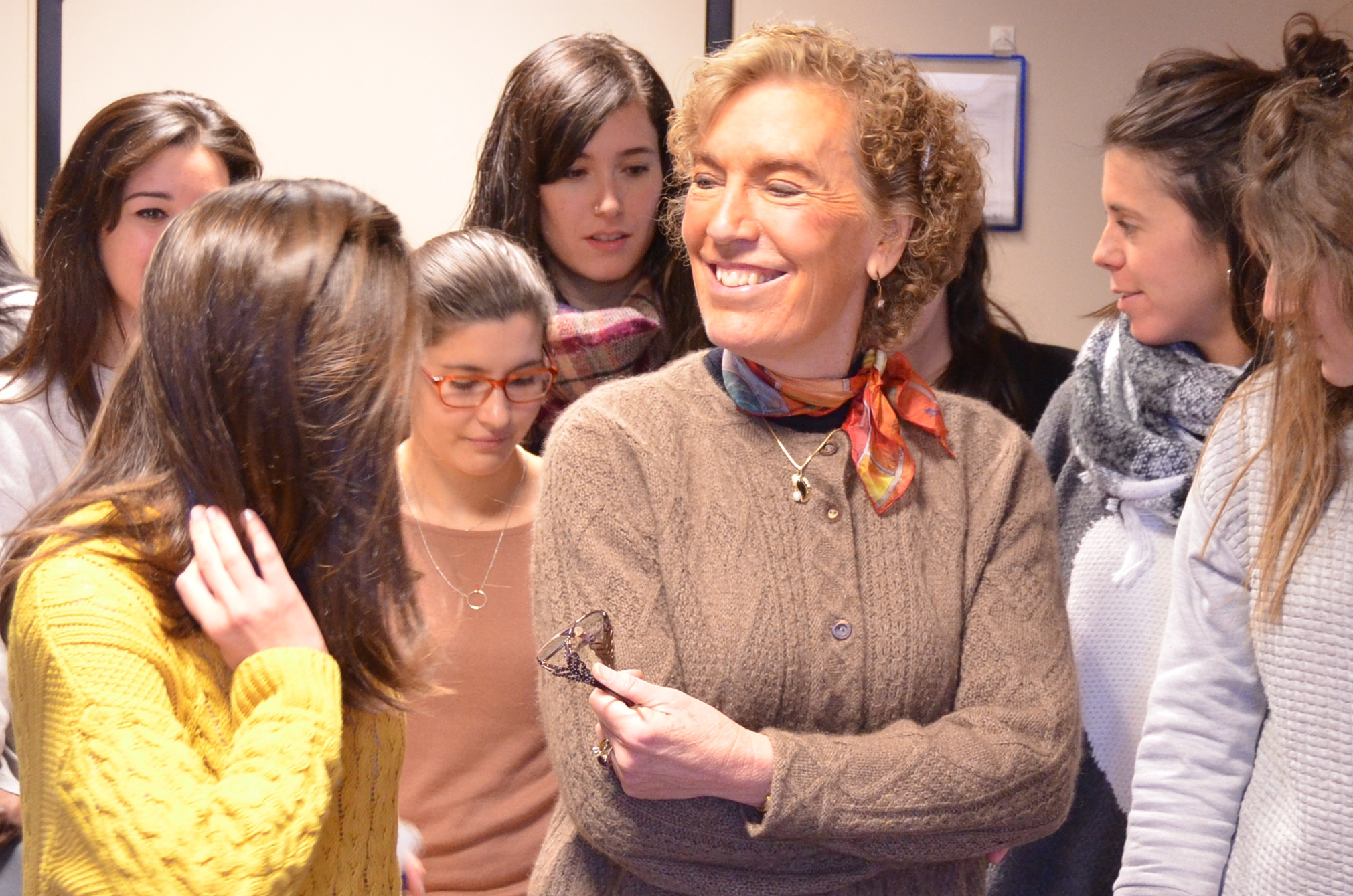 Fuchs has some practical suggestions as a group leader. “If there's a strong personality in the group, who generally tends to be a man, everyone will defer to him. They should voice their opinion, but it's also important to give everyone else the chance to present their ideas. If someone is quiet or less assertive, it doesn't mean that that she or he won't have a good idea. As a professor, you have the duty to call on the person who’s not participating to make sure he or she takes part in the discussions. In my lab, I only ask questions if I feel that something has not been covered, after everyone else speaks. My job is to facilitate here and there. Otherwise, I try to stay in the back.”

Fuchs believes that “our responsibility is to prepare PhDs and postdocs for a career. And if at least 90% of the people in our labs are not successful, men and women equally, we're doing something wrong as mentors and we have to work on correcting it,” she says.

Scientific institutes have to support people in hardship situations

Fuchs believes that there are things that an institute can do to be supportive when lab members want to set up a family. “Many leading institutions, such as my own, have implemented day care, somewhere on campus, that allows postdocs and students to drop their children off in an educational environment. If the kids need care in the middle of the day, the researchers can take a few minutes to attend to them, and then go back to the lab.”

A fund for “hardships situations,” as she calls it, is something that she believes could make a difference. “Some people are single parents, some people's significant others are miles away. Sometimes there might be a mother or father who’s being cared for by the researcher at the same time. These are hardships that need support. We shouldn't just assume that if researchers find themselves in such a situation, they need to sacrifice their science. We have to help them to make it through.” Besides, “creativity does not come by staying in the lab all day long.”

Her take-home message for young women scientists is to keep the passion, be optimistic, don’t feel deprived: “you should feel happy about everything you do,” she says. And IRB Barcelona should give women scientists “encouragement and confidence, so that they can become the type of scientists that you want to hire. If we really train and encourage women as much as we encourage our great bright young male scientists, we’ll rectify the problem”.

Neus Prats, Chair of the Equality and Diversity Committee, was pleased with the high turnout for Fuchs’ talk, and agreed with the feedback she received that her messages were inspiring. “It shows these issues are important for the community at IRB Barcelona. We are working very hard to come out soon with a series of proposals that draw on these and other experiences to improve our researchers’ wellbeing.”

Elaine Fuchs' sabbatical stay was supported by the Valee Visiting Professorship, which promotes pairing of outstanding scientists with premier biomedical research institutes worldwide for month-long visits, an intermediate alternative to long sabbaticals, which could be disruptive to the head of an active laboratory. The idea is to promote international and interdisciplinary collaborations.

Sònia Saborit is IRB Barcelona’s Section Head of Pre-Award Grants and a member of its Equality and Diversity Committee. On the occasion of International Women's Day (8 March), this article puts her in the spotlight, in particular her commitment to gender and equality issues.

Researchers led by Salvador Aznar-Benitah at IRB Barcelona investigate the role of Dnmt3a and Dnmt3b proteins in skin homeostasis and tumour development in adult mice.

The study has been published in eLife and deserved an eLife digest aimed at a more general audience.

Research into a small group of passive stem cells (quiescent), which are activated when needed and have the capacity to produce any kind of intestinal cell, has received a special mention on the Health Institute website of the Carlos Slim Foundation.

Published in Cell Stem Cell and headed by Eduard Batlle at IRB Barcelona, the study identifies a group of quiescent stem cells of the intestine that are relevant for tissue regeneration and for their participation in tumour development.