“I’m still enthusiastic. Just a bit less naïve.” Salva Guardiola, PhD student in Ernest Giralt’s Design, Synthesis, and Structure of Peptide and Proteins Lab, has just published his first paper in ChemBioChem. And in the life of a researcher, the first article is never forgotten, it leaves a mark the rest of your career.

The idea Salva and his colleagues had was to design and test a peptide, called cp28, that could prevent the binding of Epidermal Growth Factor (EGF) to its receptor (EGFR). When these two proteins bind to each other, a cascade of reactions is activated that accelerates the growth and division of cancer cells.

“When I began my PhD, Ernest suggested that working on this protein would be a promising strategy to tackle a key mechanism for cancer growth and thus, potentially, an interesting therapeutic target”, recalls Salva. “Of course, I was fascinated. Also, being a new project made it even more appealing.” 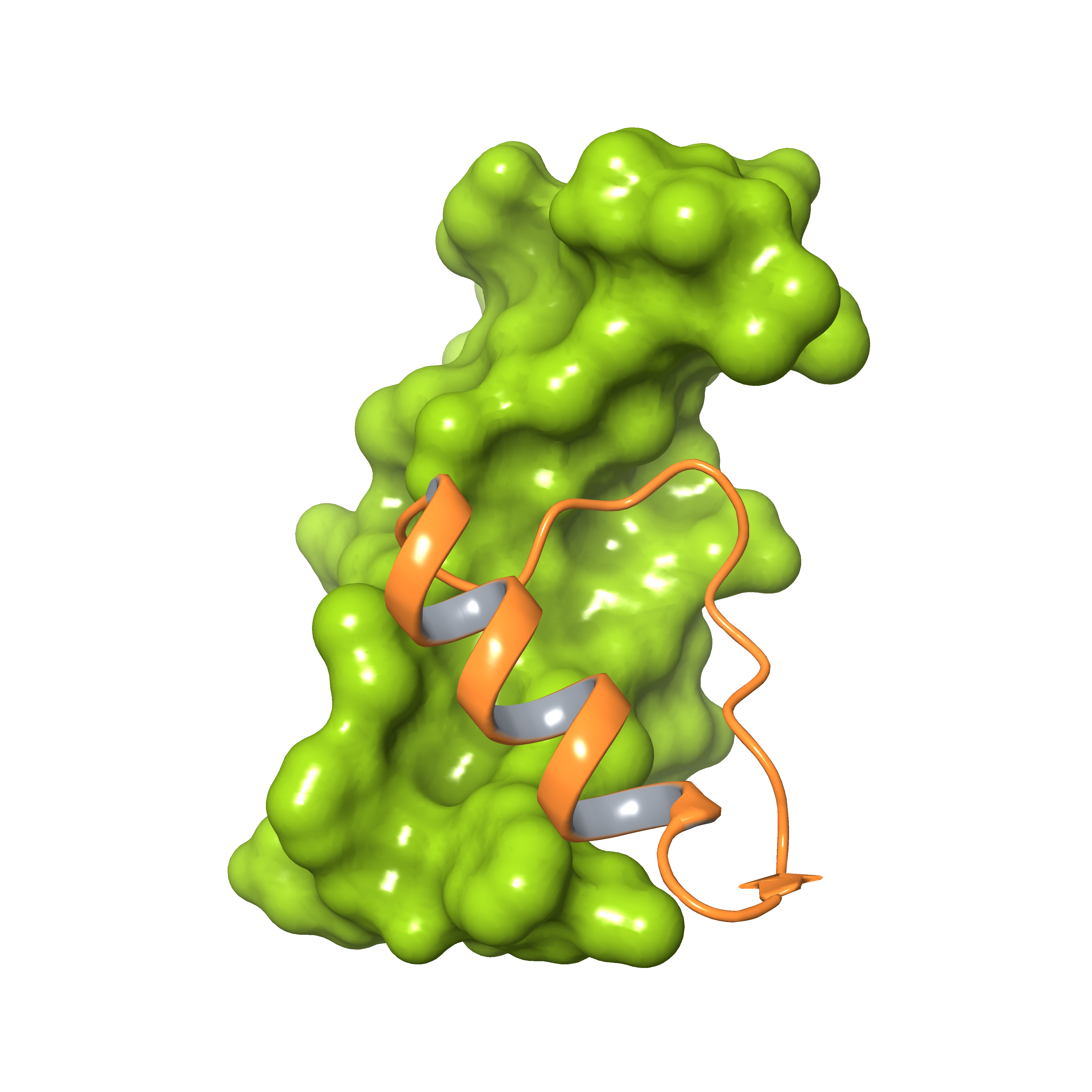 Salva, who has a degree in pharmacology and previously spent a year in the UK working at GlaxoSmithKline, was aware it was a risky choice, as often happens with new promising projects. Indeed, he had to jump some hurdles along the way.

“My task at the beginning was to study the structure of this protein, in the literature and computationally,” explains Salva. “At the time, I had no idea about how to synthesise peptides! Once we were ready to look for ligands, I put my lab coat on and the former IRB Barcelona research associate Laura Nevola taught me how to make peptides.”

In the first six months, Salva and his lab mates worked on an approach based on fluorescence, and they were able to synthesise the right fluorescent peptide. The problem came when they tried to do the biophysical experiment, and it did not show any interaction of the peptide with the target protein.

“It wasn’t working as we had hoped,” sighs this young researcher. “But the good thing I learned in my lab is that you should never put all your eggs in one basket, you have to diversify the risk. So we had a parallel strategy, which ended up giving much better results, which we described in our article.”

The alternative approach was based on labelling the target protein with 15N, thus allowing  the scientists to study it using Nuclear Magnetic Resonance (NMR) and indeed prove that the peptide binds to the protein correctly.

“It was not easy,” says this young scientist from Castelló, near Valencia. “What expresses the protein is the bacteria E. coli, which has to be grown in a culture media isotopically marked with 15N, so that the protein uses only that type of nitrogen. In the end, thanks to NMR, you can produce a 3D map of the interaction of the protein with the ligands of interest.”

Salva and his colleagues in the lab also used another technique called SAW (surface acoustic wave) to observe the interaction. This work involved Mireia Díaz from the Mass Spectrometry Core Facility. “You place your protein on a gold chip and pass an acoustic wave through it. By analysing the amplitude and the intensity of the wave, you can deduce any change in mass or conformation of the protein caused by the interaction with your peptide,” explains Salva.

After these positive tests, they also had to check not only that the interaction between the protein and ligand worked, but that this interaction correctly prevented the protein from binding to its receptor, and thus blocked the cascade. This is the key test to establish whether this might be the first step towards a possible future drug.

“We tested the interaction in vitro and with some cells, and it really did work!”, he exclaims.

The whole process took nearly three years. “When I began, I was more ambitious, in a more naïve way,” he recalls. “With time, you realise that things rarely come about easily, it takes time and you have to be ready to face difficulties. I’m still enthusiastic, just a bit less naïve. You realise that there are new dimensions in research that you do not appreciate at the beginning and that your day-to-day involves overcoming obstacles. At the end of the process, you appreciate that you have learnt a lot along the way.”

Salva has held a ”La Caixa” Foundation scholarship since 2013. “It does help to have a small budget to attend seminars and courses,” he says. “In my case, for example, being able to attend a course organised by EMBO in Finland on biophysical methods for protein ligand interaction was essential for the success of my research. But more than anything else,” he concludes , “I am grateful to La Caixa Foundation because their scholarship allowed me to fulfill my dream, to do a PhD and become a scientist.”

A study done at IRB Barcelona and the Vrije Universiteit Brussel identifies camelid nanobodies able to block EGF, a protein that is abundant in tumour cells and that helps them to proliferate.

Researchers discover a mechanism that inhibits the Smad signalling pathway

For the scientific community, the protein POP (prolyl oligopeptidase) is an attractive therapeutic target for the treatment of cognitive and neurodegenerative disorders.

Scientists at IRB Barcelona have developed the first POP inhibitors that are irreversible, selective and brain-permeable.