In October 2019, the Fundació La Marató de TV3 announced the 43 research projects that will receive funding from the €15 M raised in that last telethon, which was devoted to cancer. Six projects involving the participation of the Institute for Research in Biomedicine (IRB Barcelona) are among those selected for funding.

Thanks to the record amount collected in La Marató 2018, the investment in research last year was the largest ever awarded in the history of the organisation. The awards were announced in an act chaired by the Councillors of the Presidency and Health Meritxell Budó y Alba Vergés in the auditorium of the Academy of Medical and Health Science of Catalonia and the Balearic Islands.

How cancer evades our immune system

Coordinated by Eduard Batlle, ICREA researcher at IRB Barcelona and member of the CIBERONC network,and scientists Holger Heyn and Xavier Trepat, at CRG-CNAG and IBEC respectively, the study proposes to study how some tumours evade the immune system and specifically how they evade the action of T lymphocytes. “Understanding the functional bases underlying the exclusion of T lymphocytes from the centre of tumours will help not only to rationalize the use of immunotherapies but also foster new therapeutic strategies,” says Batlle.

Understanding the changes that take place in hepatic cells during cancer

The project, which is coordinated by Salvador Aznar Benitah, ICREA researcher at IRB Barcelona,and scientist Ivo Gut, at CRG-CNAG, seeks to unravel why certain fatty acids favour metastasis—the process through which cancer cells spread from the primary tumour to other tissues. “The project also aims to increase public understanding of the health risks posed by high-fat processed foods,” says Aznar Benitah.

RH+ breast cancer accounts for 75% of breast cancer cases and it is one of the main causes of death from cancer. The project, which involves Roger Gomis, ICREA researcher at IRB Barcelona, and Aleix Prat and Eva González, scientists at IDIBAPS and  IDIBELL respectively, seeks to study the response of  RH+  breast cancer cells to CDK4/6 inhibitors—a recently approved drug—and to design new strategies to overcome resistance to this treatment. “In summary, the preclinical results of this study will allow the design of new clinical assays that will finally contribute to improving the treatment and the survival of patients with RH+ breast cancer,” explains Gomis.

Maria Macías, ICREA researcher at IRB Barcelona, and scientists Virtudes Céspedes and Dr. Ramon Rovira, at the Hospital de la Santa Creu i Sant Pau, propose to develop a diagnostic tool that allows them to determine the probability of relapse and metastasis in endometrial cancer. This tool includes the use of genetic information, follow-up of patient progress, and artificial intelligence algorithms. “By developing new diagnostic tools that are affordable for the public health system, we hope to improve the care of patients with endometrial cancer and also to reduce the number of patients who die from this disease,” says Macías.

Drugs to reach the brain

The project coordinated by researchers Ángel Montero, at the Hospital Sant Joan de Déu, and Meritxell Teixidó,  at IRB Barcelona, is called ‘Inhibition of the PI3K/Akt pathway in pediatric high grade and diffuse intrinsic pontine gliomas (pHGG/DIPG)”.“In this project we will be using our shuttles, which are capable of crossing the blood-brain barrier, to fight against paediatric brain tumours,” says Teixidó. 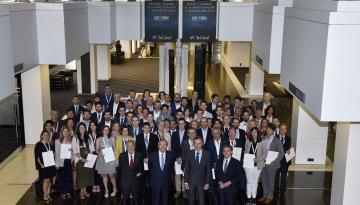 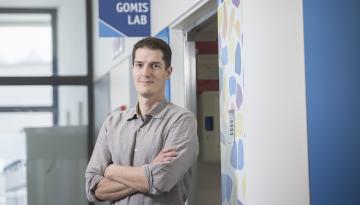 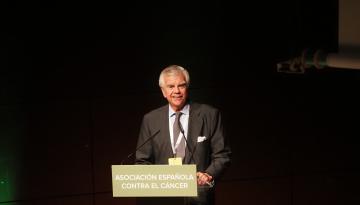