Nostrum Biodiscovery, a spin-off from IRB Barcelona and the BSC-CNS, focuses on computational simulation to design new drugs and biotech molecules for the market.

The Senén Vilaró Prize is given each year by the “Consejo Social” of the UB and the Bosch i Gimpera Foundation to the best innovative company.

On Wednesday 11 December, the “Consejo Social” of the University of Barcelona and the Bosch i Gimpera Foundation awarded the 2019 Senén Vilaró Prize for the best innovative Company to Nostrum Biodiscovery, a spin-off from the Institute for Research in Biomedicine (IRB Barcelona) and the Barcelona Supercomputing Center-Centro Nacional de Supercomputación (BSC-CNS).

The jury acknowledged the cutting-edge technology developed by Nostrum Biodiscovery to accelerate the design of new drugs. The spin-off seeks to help pharmaceutical and biotech companies in the drug discovery process and in enzyme engineering.

Modesto Orozco, group leader at IRB Barcelona and founding partner of the spin-off, received the prize in the “Premios del Consejo Social y de la Fundación Bosch i Gimpera” ceremony, which was chaired by the dean of the University of Barcelona (UB), Joan Elias and held in the “Aula Magna” of the “Edificio Histórico”.

Nostrum Biodiscovery was founded in 2016 by Orozco, head of the Molecular Modelling and Bioinformatics Lab at IRB Barcelona and senior professor of the Department of Biochemistry and Molecular Biology at the UB, Víctor Guallar, researcher at BSC-CNS, and Robert Soliva, CSO and Interim CEO of the spin-off, together with their teams at IRB Barcelona and BSC, and with the support of the UB´s Bosch i Gimpera Foundation, the Catalan Institution for Research and Advanced Studies (ICREA) and the Botín Foundation. 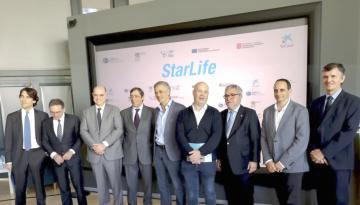 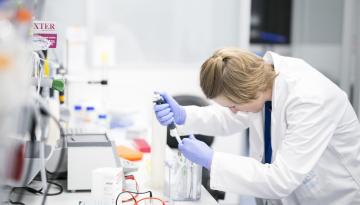 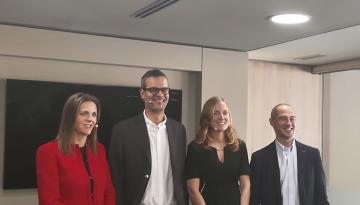