Analysis of the genomes of 28,000 tumours from 66 types of cancer led to the identification of 568 cancer driver genes

Published in Nature Reviews Cancer, the results provide the most complete snapshot of the compendium of cancer driver genes to date.

Cancer is a group of diseases characterised by uncontrolled cell growth caused by mutations, and other alterations in the genome of cells. A tumour can present from hundreds to thousands of mutations, but only a few are vital for its tumorigenic capacity. These key mutations affect the function of cancer driver genes. Finding the genes that harbour this cancer driver mutations is one of the main goals in cancer research.

Researchers from IRB Barcelona’s Biomedical Genomics Lab, led by ICREA researcher Dr. Núria López-Bigas,  performed an extensive computational analysis of around 28,000 tumours from 66 types of cancer and identified 568 cancer driver genes. These pivotal genes play specific roles in the regulation of cell growth, the cell cycle and DNA replication, among others. Mutations in these genes, confer malignant cells the capacity to reproduce rapidly and endlessly, evade the immune system and other defence systems, spread and invade other tissues, and modify the environment to their benefit, among other capabilities.

“The compendium of driver genes provides cancer researchers, both in the clinical and basic research setting, with crucial knowledge and it has an important impact on clinical decision-making,” says Dr. López-Bigas. “For instance, if we know that the tumorigenic capacity of a tumour relies on a specific protein, an approved targeted therapy -i.e., antibodies or other inhibitors hindering its function- may be employed by oncologists to treat the patient”, she added.

With the identification of the 568 cancer driver genes, the researchers observed that most are highly specific and  with their mutations capable of triggering only a few tumour types. However, there is a small group, accounting for less than 2% of those identified, that is very versatile and can drive more than 20 different types of cancer. “Although it’s been known that cancer driver genes have different degree of specificity since they were first identified, having this snapshot of the compendium has allowed us to address this question it in an unbiased way,” said Dr. Abel González Perez, Research Associate in the Biomedical Genomics Lab, who also led the study.

Previous studies by other groups had shown that cancers are caused by an average of 4 key mutations in cancer driver genes. Some types of cancer, characterised by a low number of mutations, present only one mutation in these genes, while others that typically present many mutations, such as colorectal and uterus tumours, hold up to 10. Other genomic alterations, such as structural variants, changes in the number of copies of genes, and mutations affecting non-coding areas of the genome also contribute to tumorigenesis.

Positive selection as an indicator

Surprising mutational patterns in a gene, different from the expected under neutrality, constitute signals that they are under positive selection in tumorigenesis. IRB Barcelona researchers use these signals of positive selection to identify mutational driver genes. To compute these signals, the accumulation of  mutations under neutrality needs to be accurately modelled for all genes, so that deviations of any gene from the expected pattern may be readily spotted.

Signals of positive selection that are exploited to identify mutational driver genes are, for example, the abnormally high number of mutations in a gene or an unexpected distribution of mutations along the sequence of a gene. In this article, published in the journal Nature Reviews Cancer, the researchers presented an update of the open-access IntOGen platform, including the values computed for these signals across all mutational driver genes. “The IntOGen platform provides the ideal infrastructure for the systematic update of the compendium, as more tumour sequencing data are released into the public domain,” said first author Dr. Francisco Martínez-Jiménez, postdoctoral researcher in the Biomedical Genomics Lab.

The Biomedical Genomics Lab previously developed a platform called the Cancer Genome Interpreter, aimed at supporting clinical decision-making in oncology. The published compendium of driver genes in each cancer type, as well as their mutational patterns across tumours, will feed the new version of Cancer Genome Interpreter, under development, thus refining its capability of identifying mutations that may be key for an individual’s tumour, and which constitute therapeutic targets. The snapshot of the compendium of driver genes, and the computational system used to produce it are freely available to clinical and basic cancer researchers for exploration and download.

This research has been supported by funding from the European Research Council (consolidator grant 682398), the Spanish Ministry of Economy and Competitiveness (SAF2015-66084-R, MINECO/FEDER, UE), the Asociación Española Contra el Cáncer (AECC, GC16173697BIGA), “la Caixa” Foundation (ID 100010434) fellowship with code [LCF/BQ/ES18/11670011], the ITN-CONTRA EU grant H2020 MSCA-ITN-2017-766030, and a BIST PhD fellowship from the Secretariat for Universities and Research of the Ministry of Business and Knowledge of the Government of Catalonia and the Barcelona Institute of Science and Technology. The results of the paper are in whole or partly based upon data generated by the TCGA Research Network, the Pan-Cancer Analysis of Whole Genomes (PCAWG), the cBioPortal, the Hartwig Medical Foundation, the International Cancer Genomes Consortium (ICGC), St. Jude Children’s Research Hospital, the Pediatric cBioPortal, TARGET projects, the BEAT AML study, and several other studies scattered throughout the scientific literature. 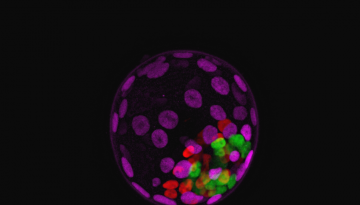 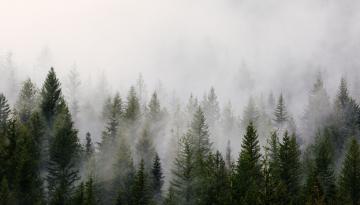 Cancer Science
Cancer genomes: unveiling of a mechanism that triggers a mutation fog, causing hundreds of mutations in each tumour 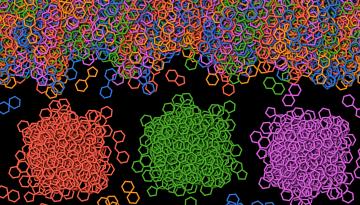 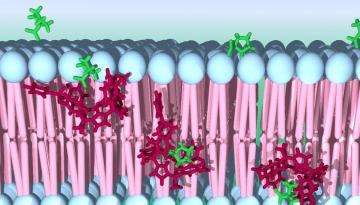 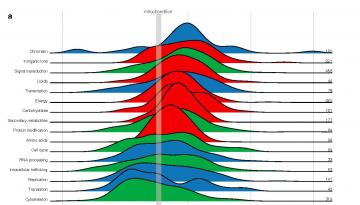 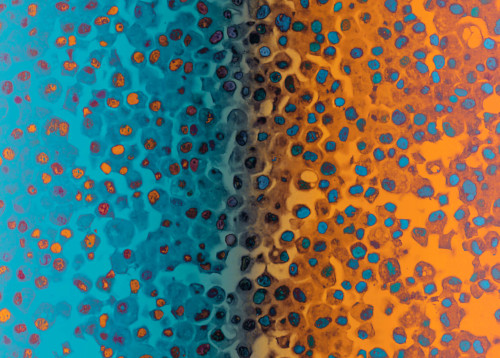