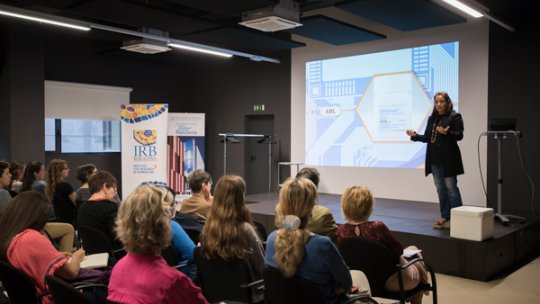 The panepidemics of diabetes and obesity have a strong genetic basis, but their inexorable rise is mainly due to the impact of environmental factors such as fattening diets, insufficient physical activity, and exposure to light around the clock. These challenges promote metabolic diseases by overwhelming homeostatic mechanisms that control normal physiology, in large part through alterations in gene transcription. Nuclear receptors are transcription factors that regulate the functional output of the genome by altering the epigenome in a tissue-specific manner that is influenced both by environmental factors, including hormones and drugs, and by natural genetic variation that influences their interaction with the genome. PPARg is a nuclear receptor that is a major regulator of adipocyte biology, and the target of antidiabetic drugs. REV-ERB nuclear receptors are transcriptional repressors that function both as core components of endogenous circadian clocks and as regulators of metabolism. Recent work highlights the function demonstrates the mechanisms by which these nuclear receptors function in a tissue-specific manner to link the environment to the genome the context of physiology and metabolic disorders.

If you are interested in participating please send an email to natalia.molner@irbbarcelona.org