Alex and Raquel celebrate their wedding with a donation to research 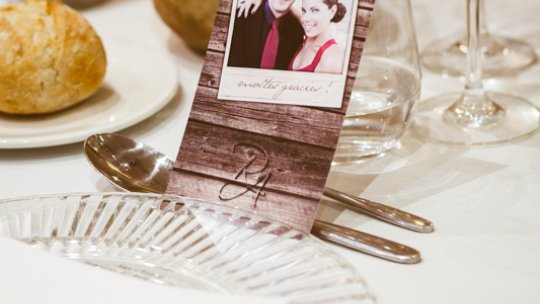 Raquel and Àlex got married in May 2016. Picture: Mermelada Producciones
Imagen 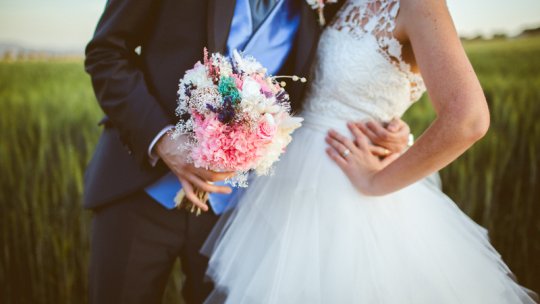 Alex and Raquel had a very special idea for their wedding ceremony. “Research can move forward only if we all support it,” they think.

Alex de La Fuente left IRB Barcelona in 2015 after completing his PhD in Antoni Riera’s lab. He is now Business Development Manager at GP Pharm, a Barcelona-based company specialised in treatments in oncology and urology. He is preparing for an intense week at the CPhI International Conference, an event that gathers pharmaceutical professionals from across the world and that this year will be held in Barcelona.

But he finds time to tell in vivo about a personal initiative that, together with his wife Raquel Moreno, he has set up in support of research. The couple got married in May and decided to collect money to donate to cancer research.

“At weddings here, guests receive an inexpensive memento,” he explains. “We wanted something a bit different.”

Alex explains that unfortunately his and his wife’s family have experienced the painful struggle against cancer. “We had relatives and friends who had cancer. Some of them really close to us,” he explains.

Hence the idea. “At one friends’ wedding, we saw that instead of the usual favour given to the guests, a donation was made on their behalf to Doctors Without Borders. Because of our experience, we thought of a similar gesture to support all those working to alleviate the pain caused by cancer.”

When they started to think about to whom to donate the money, IRB Barcelona was the first organisation to come to mind. “I spent five years there, and I know how hard people are working to find a cure. Biomedical research appears to be far removed from patients, but we all know how important it is to design drugs and diagnostic tools that will ultimately improve people’s lives,” he says.

Part of the donations will also go to ICO, the Catalan Institute of Oncology. “Besides basic research, we also wanted to show our support of people dealing with the patients day to day,” says Raquel. “We recognise that the activities of both parts are really important for those affected by the disease and for their families.”

“Guests at the wedding responded well,” adds Raquel. “They were a bit surprised at first, especially older friends and family members. Ours was a bit of an unorthodox idea, and people are not used to finding a card explaining our idea rather than the usual souvenir. But soon they were all on board with the initiative, and family members who had been most affected by cancer were especially moved by our gesture.”

Of course, Alex is aware that this is just one small act. “Research is expensive, I am fully aware that ours is only a symbolic gesture. But setting an example is important. First of all, because many of our guests didn’t even know what IRB Barcelona and ICO do, and this was a good time to explain their work. And second, because—as happened to us—this might give them an idea that they might copy. This will build awareness. Research can move forward only if we all support it.”