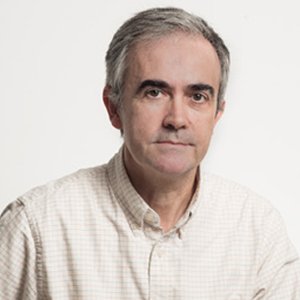 Dr. Angel R. Nebreda obtained his Degree in Biology at Universidad de Salamanca in 1982 and a PhD in Molecular Biology from the same university in 1986. He then worked as postdoc at the National Institutes of Health (NIH) in Bethesda (USA) and the Cancer Research-UK Clare Hall Laboratories in South Mimms (UK). In 1995, he started his own group at the European Molecular Biology Laboratory (EMBL) in Heidelberg (Germany) where he worked for 9 years and then moved to the newly created Spanish National Cancer Research Center (CNIO) in Madrid (Spain) as a Senior Group Leader.

From 2010 Dr. Nebreda is an ICREA Research Professor and Group Leader at the IRB Barcelona. His research interests focus on signal transduction mechanisms (MAPKs, CDKs) in cell proliferation, differentiation and survival, particularly in relation to cancer. He was elected EMBO member in 2003. During his career, he occupied different positions as Scientific Advisor in cancer and related areas for companies such as Eli Lilly and funding organizations such as AICR, EMBO, ERC, CNRS, as well as as editor of FEBS letters and the Biochemical Journal.