The workshop will introduce participants to experimental histopathology by reviewing the basic concepts of pathology (macroscopic and microscopic lesions/tissue evaluation). Routine and specialized histological techniques used to obtain and process tissue samples, and notions of digital pathology, and image acquisition and processing will also be covered.

Moreover, several examples of the applications of histopathological studies to biomedical research will be presented.

The session is addressed mainly to PhD researchers and users of the Histopathology Core Facility. 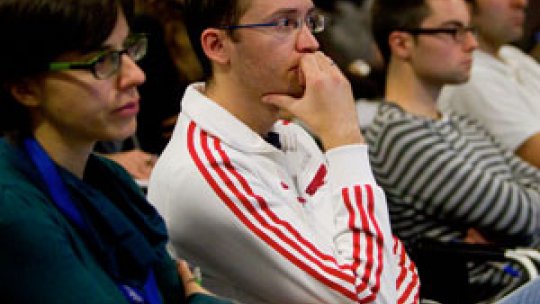 The workshop is offered to IRB members and limited to 40 participants. To register, please send and email to leyre.caracuel@irbbarcelona.org  by 4 March.

Neus Prats holds a degree in Veterinary Medicine (Universidad de Córdoba, Spain), a PhD in Veterinary Pathology from the UAB-Barcelona, and she is Diplomate for the European College of Veterinary Pathology (ECVP), and for the European College of Laboratory Animal Medicine (ECLAM). For more than 10 years, she served as Assistant professor at the Pathology Department of the Veterinary School of the UAB, where she lectured and undertook studies in experimental pathology in biomedical research. She later moved to the pharmaceutical company Almirall as  Head of Pathology of the Target Validation Unit and Head of the Pathology and Predictive Toxicology Section of R&D, where she combined managerial and scientific tasks and was member of various scientific committees. Her main areas of research are bacterial infections, ischemia-reperfusion, inflammation, autoimmune and neoplastic diseases, and early toxicology screening in drug discovery.  In 2015 she was appointed Histopathology Facility Manager at IRB Barcelona. She is also chairing IRB Barcelona’s Equality and Diversity committee.

Mònica Aguilera has a degree in Veterinary Medicine (UAB, Barcelona) and a PhD in Neuroscience from the Neuroscience Institute (UAB, Barcelona). Her doctoral research focused on the role of gut commensal microbiota in visceral pain (intestinal neuro-immune interactions – gut-brain axis). She has been resident of the European College of Laboratory Animal Medicine (ECLAM), where she gained experience in animal science and pathology. After a year in the pharmaceutical industry, she took up a postdoctoral position in the Host-Microbe and Inflammation Group at the Alimentary Pharmabiotic Center (University College Cork, Ireland). She joined the Histopathology Core Facility at IRB Barcelona in February 2016.

Anna Orlowska is a veterinary medicine and veterinary pathology graduate from the UPW, Wroclaw, Poland, and RVC, London, UK, respectively. She has since completed a MSc in Laboratory Animal Science and Welfare at UAB Barcelona, Spain and is currently undertaking a PhD in nanoscience at URV, Spain where she's investigating new image analysis applications in histopathology. Recently she has joined the residency training towards European College of Veterinary Pathology membership at UAB Barcelona, Spain. Anna had spent 5 months at VLA Weybridge, UK, studying the pathology and pathogenesis of pandemic H1N1 Influenza A in a pig model and afterwards has worked 4 years at the University Hospital Frankfurt, earning an MSCA early stage researcher fellowship and gaining experience in histopathological analysis of biomaterial integration. She has also partaken in establishing cell models for studying the action of biomaterials as a guest researcher in Melbourne, Australia. Anna joined the Histopathology Core Facility at IRB Barcelona in August 2018.