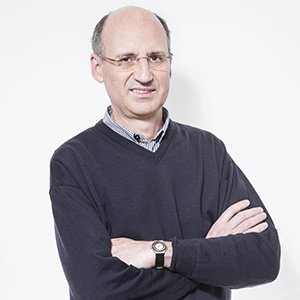 Miquel Coll is the head of the Structural and Computational Biology Programme at the IRB Barcelona.

He obtained his degree in Biology in 1982 and his PhD in 1986 from the University of Barcelona. In 1986 he joined the laboratory of Prof. Alexander Rich at the Massachusetts Institute of Technology and worked on the structural analysis of DNA. In 1989 he moved to the Max-Planck-Institut in Munich and worked, as a postdoc with Prof. Robert Huber, in the structural analysis of a number of proteins. In 1990 he started a protein crystallography research group at the CSIC. In 1999-2000 he spent a sabbatical year at the Grenoble Outstation of the EMBL.

Miquel Coll is presently a CSIC Professor and has been Deputy Director of the Institut de Biologia Molecular de Barcelona from 2002 to 2006. In 2000 he was elected member of the European Molecular Biology Organization (EMBO).