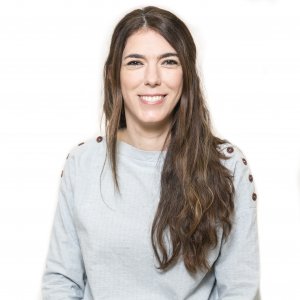 Dr. Alonso-Curbelo studied Pharmacy at the Universidad Complutense de Madrid and did her PhD studies, focused on melanoma, in Dr. Marisol Soengas' laboratory at the Spanish National Cancer Research Centre (Centro Nacional de Investigaciones Oncológicas, CNIO). During her doctoral studies, she did two short-stays, at the Netherlands Cancer Institute (NKI, in Amsterdam, The Netherlands) and the Memorial Sloan Kettering Cancer Center (MSKCC, in New York, US), in the laboratories of Drs. Reuven Agami and Johanna Joyce, respectively.

From the end of 2013 until autumn 2021, she worked as a postdoctoral researcher in Dr. Scott W. Lowe's laboratory at MSKCC, where she developed innovative experimental models to study the link between the tumour and its microenvironment, with the goal of identifying mechanisms that promote tumour development and block immune surveillance. During her predoctoral and postdoc training, Dr. Alonso-Curbelo has published 19 scientific articles. Her latest study, published in February 2021 in the journal Nature, defined how genetic mutations and tissue damage cooperate to initiate pancreatic cancer, and uncovered a large number of alterations in the way cells package their DNA (epigenetic alterations) that are acquired early on during tumour development and distinguish this process from physiological wound healing responses.