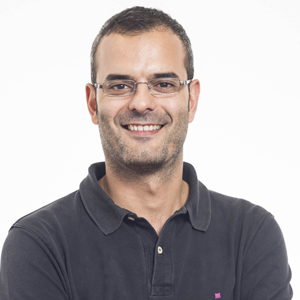 Salvador Aznar Benitah obtained his Honours Degree in Molecular Biology and Biochemistry at McGill University (Montreal, Canada) in 1998. He then obtained his PhD studies in 2003 in Molecular Oncology at the Biomedical Research Institute in Madrid (Spain). In 2003 he moved to London as a postdoctoral fellow in the laboratory of Prof. Fiona Watt at the London Research Institute (Cancer Research UK) where he became interested in studying the behavior of adult stem cells. He established is own lab at the Center for Genomic Regulation (CRG, Barcelona) in 2007 as a Junior ICREA researcher. In 2012 Salvador became an ICREA Research Professor. He is a Group Leader at IRB Barcelona since September 2013.