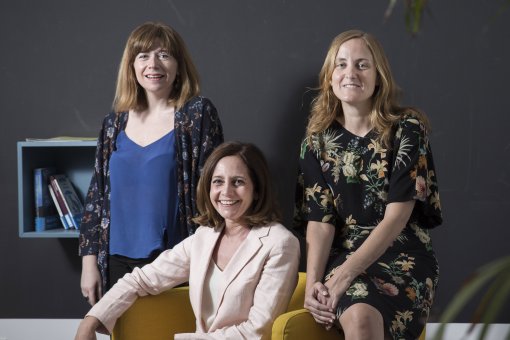 Most women experience a glass ceiling with respect to career progression. However, in the past few decades, we have seen women come out of their shells and break stereotypes. Along these lines, we take a look at the entrepreneurial women within the IRB Barcelona community who have turned their scientific backgrounds and innovations into successful businesses:

Laura Nevola, Co-founder and Chief Scientific Officer at IDP Pharma since 2016. She was previously a Postdoctoral Fellow and Research Associate at IRB Barcelona (Ernest Giralt’s Laboratory).

Teresa Tarragó, Chief Executive Officer at Iproteos since 2013. She was previously scientific advisor at Capital Cell, and before that, Lab Manager and Research Associate at IRB Barcelona (Ernest Giralt’s Laboratory), where she promoted the technology transfer of research and the creation of a spin-off company.

Valerie Vanhooren, Co-founder & Chief Executive Officer of ONA Therapeutics since May 2019. She worked for Intelligent Pharma and Ablynx (Belgium), and she was project leader and director of Research and Development at ProteoDesign. She did a postdoctoral stay at the VIB in Belgium, and at IRB Barcelona (Joan Guinovart’s Laboratory).

We are pleased to present you with an inspiring podcast conversation with Laura, Teresa and Valerie, who are making a mark in the biotech business via science:

A PhD, much more than just research training

According to Teresa Tarragó, scientists by nature are opportunity-driven specialists who thrive in the knowledge economy. Running a successful laboratory is very similar to running a startup or a company. They need to be good at fundraising, team and project management, and even marketing and social media. Also, their mindset is used to following the patterns of the scientific method: “You are trained to think rationally, to analyse problems. You need data, you need to understand all the data, and then you make conclusions. This is the scientific method, and it is really important when you are running a biotech company or being a project manager, because you have to make decisions. And the way you have been trained as a scientist really makes a difference”, explains Teresa.

The power of networking

Valerie Vanhooren thinks that networking does not have to take place in an overly formal setting, but it can be done anywhere –over lunch or dinner, at an event or conference, at a party or even during casual corridor talk. Because it is a personal form of communication and usually involves face-to-face contact, networking deepens your business's connections. “Every day I talk to different people, just connected because of some other connection, and you learn from them a lot. You cannot face everything, because it’s very difficult, every day can happen something you don’t expect, so you have to be ready to react. One of the helpful tools that we have is networking”, says Valerie.

Just go for it! The power of an idea

Laura Nevola has a strong belief in the power of ideas: “To be confident in your idea, in the power of an idea ⎼because the idea has power. And also don’t be afraid to fail, because that’s something that happens, and it’s a chance, and if you are confident and also if you are surrounded by the right people for your team . You have to try it, be confident and something will happen, because in any case, you will grow. And I think this is the most important thing”, states Laura.

So if you are looking for some inspiration or for any female entrepreneurs to look up to, get inspired by the successful women entrepreneurs from the IRB Barcelona community presented here. They are redefining leadership and forging their way forward in the business world. 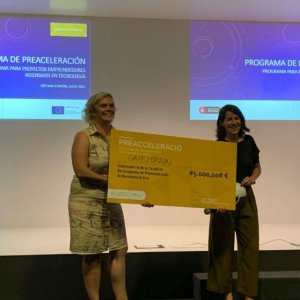 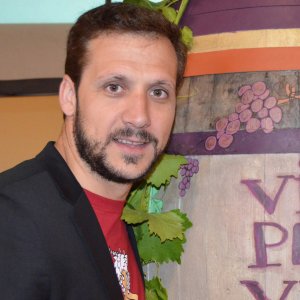 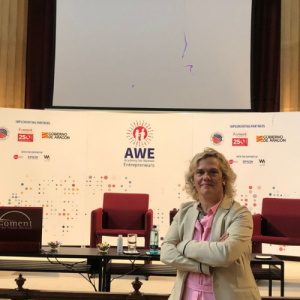