IRB Barcelona is a non-profit institution, dedicated to advancing in knowledge and producing world-class science to further the understanding of fundamental questions about human health and disease. Our working field is challenging in terms of health and safety, privacy, recruitment, conflicts of interest, animal use and collaborations with the private sector. IRB Barcelona complies with a wide set of policies to ensure that we provide a safe work environment for our community and that we meet the highest ethical standards. On December 9, 2014, IRB Barcelona was awarded with the "HR Excellence in Research" logo

On 9 December 2014, IRB Barcelona was awarded the "HR Excellence in Research" logo. This recognition reflects the commitment of the Institute to continuously improving its human resources policies in line with the European Charter for Researchers and the Code of Conduct for the Recruitment of Researchers. The award reflects the efforts of the Institute to ensure fair and transparent recruitment and appraisal procedures.

In 2014, a working group, involving key institutional stakeholders, was set up to study the alignment of IRB Barcelona with the principles of the Charter & Code. The Human Resources Strategy for Researchers (HRS4R) was the tool for the working group to put the principles of the Charter & Code into practice. After an extensive internal review, IRB Barcelona developed the 2014-2016 Action Plan.

The second Action Plan (2017-2019) was adopted by consensus in October 2017 by the members of the working group and the Directorate, and was approved by the Internal Scientific Committee (ISC) in November 2017. To design the Action Plan, the group organised an initial meeting to draw up a work plan towards this objective. The method and calendar for workshops and meetings were decided in this meeting. A self-assessment exercise was done between September and November 2016, to continue monitoring the measures successfully implemented to date and to review the strengths and weaknesses under the four thematic areas of the “Charter and Code” (to identify areas for improvement). As a result of the external evaluation (EC Consensus Report), it was concluded that significant effort has been made by all internal parties.

The current Action plan (2020-2022) was based on the efforts of the previous Actions Plan and has been planned and designed considering inputs from internal committees (all levels), external boards and the IRB Barcelona community. For the preparation and execution of the current Action Plan, IRB Barcelona collected data, gathered feedback, completed an OTM-R Checklist, and involved both the scientific and administrative communities. All the information collected was used to analyse the internal situation from the following perspectives: ethical and professional, recruitment, working conditions and research education, and career development. The Institute performed the assessment in the framework of various projects and initiatives. A SWOT analysis was also carried out to establish a strategic plan for the coming years for four axes: Science, Talent, Internationalisation, and Impact. Furthermore, to develop the current Action Plan and understand the situation of each of the areas, four analytical tools were used: surveys, focus groups, semi-structured interviews, and data & SWOT analysis.

Based on the internal assessment, the current Action plan focuses on these four main objectives in regards to HR Excellence in Research:

IRB Barcelona is currently in the process of applying for the renewal of the HRS4R logo. In this regard, an Internal Review and OTM-R Checklist have already been submitted to the European Commission for an external evaluation of how the Action Plan has been implemented. The last step of this phase will be a site visit by a Group of Experts (auditors) proposed by the European Commission. This visit, which will take place on 29 November, will involve meetings with different stakeholders of the IRB Barcelona community. 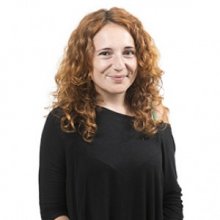 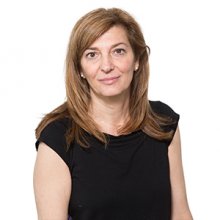 IRB Barcelona aims to attract, recruit, select and employ candidates of outstanding quality and potential, who can contribute to ensuring continuous improvement in standards and capacity.

The Recruitment and Selection Policy provides a framework and structure for all IRB Barcelona staff engaged in the recruitment and selection process.

Increasing demands are placed on research institutes to collaborate with enterprises as a way of generating additional funding to support their research. In this context, IRB Barcelona members are placed in situations where potential conflicts may arise between their personal and professional interests and the interests of IRB Barcelona.

The involvement of IRB Barcelona members in these activities may give rise to Conflict of Interest, whether potential or existing, which requires IRB Barcelona to act and take action in defence of its interests.

Thus, it is IRB Barcelona’s policy to encourage and foster external activities whilst ensuring that when Conflict of Interest arises it is acknowledged and disclosed, and when necessary, properly addressed and managed.

The Code of Conduct sets out recommendations governing research activities and other endeavours. The aim is to consolidate an environment conducive to quality research and to establish guidelines regarding the integrity of members of the IRB Barcelona community in their daily work. The recommendations have been drawn up in compliance with current legislation.

The Code of Conduct complements IRB Barcelona policies and official documents such as those for health and safety, working conditions, or management of information and finances or of intellectual property, and does not replace them.

The Institute for Research in Biomedicine (IRB Barcelona) has joined the Transparency Agreement on Animal Research, launched on 20 September 2016 by the Federation of Scientific Societies in Spain (COSCE), with the collaboration of the European Association of Research Animals (EARA).

Animal research has proved essential in unravelling the biological mechanisms underlying disease and for the development of treatments. Indeed, the development of medicines, antibiotics, vaccines and surgical procedures currently used in human and veterinary medicine would not have been otherwise possible without this research.

IRB Barcelona strictly adheres to current legislation governing the wellbeing and protection of animals used for research purposes and for other scientific ends. Such legislation prevents any project involving animals from beginning without prior evaluation of ethical issues and final authorisation from the respective competent authority. Animal research requires the approval of committees and bodies outside IRB Barcelona that promote the use of alternative methods, the reduction of the number of animals used, and the refinement of experimental procedures. IRB Barcelona seeks to ensure that its researchers comply with the highest standards of animal welfare, not only for questions of legal and moral responsibility, but also because it firmly believes that science of excellence cannot be achieved without guaranteeing animal welfare.

IRB Barcelona also guarantees compliance with the legislation requiring personnel in charge of animal care and researchers involve in experimentation to have the necessary training and knowledge.

IRB Barcelona understands the importance of creating an environment in which diversity, equality and inclusion are valued and promoted. The achievement of an equality and diversity balance among IRB Barcelona personnel contributes to excellence in research and the welfare of all those involved.

IRB Barcelona’s Gender Equality Plan serves as an instrument to achieve real equality, by incorporating equal opportunities in all the scopes of the Institute. The current plan, designed for the period 2021-2024, was drawn up following the framework of the H2020 CALIPER project, which provided tools and guidelines to undertake a thorough analysis of the conditions of the Institute with both an internal and external scope.

The actions in this document took into consideration the input and feedback of several internal stakeholders of the Institute, selected on the basis of their involvement in each of the areas of analysis: human resources, institutional governance, institutional communication, research, transfer to market, student services, sexual/ gender harassment, and intersectionality