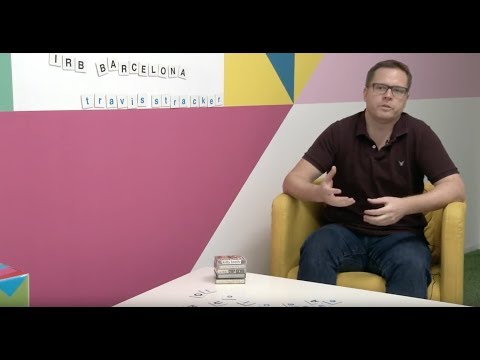 The recognition of many types of DNA lesions activates the cellular DNA damage response (DDR). The DDR orchestrates the appropriate cellular programs to maintain genome integrity after genotoxic stress. Defects in the DDR lead to genomic instability that is a characteristic of many rare human diseases, such as Ataxia telangiectasia and Seckel Syndrome. In addition, an active DDR is evident in many pre-cancerous and cancerous lesions and it has been proposed to act as an inducible barrier to malignancy. Understanding the signal transduction networks governed by the DDR, and the consequences of their impairment, will facilitate our understanding of tumor development and enhance cancer treatment strategies.

The goal of the research in our laboratory is to understand the underlying molecular mechanisms of human disease. We focus on the role of the DNA damage response (DDR) in preserving chromosomal stability, particularly during DNA replication, and study the impact of its impairment in the context of rare disease pathology and cancer. Moreover, we are interested in exploiting this knowledge to identify new targets and strategies for cancer therapy.

1. DNA replication and chromosomal stability: the role of the Tousled like kinases (TLKs).
The activity of TLK1 and TLK2 is controlled by the DDR. Both kinases have been implicated in the regulation of ASF1, a key histone chaperone. We are analyzing the regulation, substrates and functions of these kinases and their role in supporting cancer growth and maintaining genome stability.

2. DNA replication and differentiation: understanding the Geminin family proteins.
Geminin is a key regulator of DNA replication, ensuring it occurs once per cell cycle. We are studying the roles of 2 additional Geminin family members called GEMC1 and MCIDAS that both play dual roles in replication and transcription. We have identified a key role for GEMC1 in the differentiation of multiciliated cells and are investigating the impact of its loss on development and cancer.

3. Mechanisms of microcephaly in rare diseases.
Microcephaly is a component of many rare human diseases, some of which are associated with DDR defects and genome instability. We are examining the function of candidate microcephaly genes and elucidating the molecular events that lead to the loss of neural progenitors during development.

This group is financially supported by the following: