A new strategy to speed up drug discovery 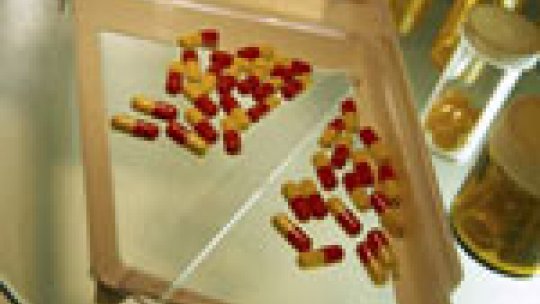 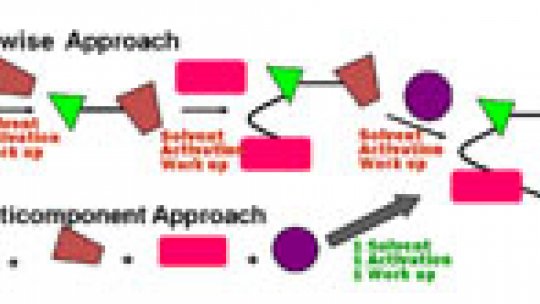 Medicines are molecular compounds designed to repair or fight pathological processes. The secret to these drugs lies in their active ingredients, components that are pharmacologically active and can produce a desired effect in the body. Though millions of drug candidates have been identified in research laboratories, according to Rodolfo Lavilla, scientists at the Institute for Research in Biomedicine (IRB Barcelona) and organic chemistry professor at the University of Barcelona (UB), there are still immense possibilities for finding and developing more.

Dr Lavilla: “An estimated 1060 substances that could be used as the basis for drugs are waiting to be discovered. Stastically, the drugs that are the most powerful, the most selective and the safest will be among them.”

The challenge now is to study what researchers call “chemical space”: a virtual collection of all chemical compounds that could possibly exist. The most interesting to researchers would be those with structures with good pharmacokinetic properties – those that will likely be best absorbed and metabolised by the body. As Lavilla points out, “from this enormous theoretical number of compounds, thousands of new drugs could be found.” Researchers now have a methodology that opens the door to more efficient discovery of molecules that could one day be developed into drugs. The tool, called Multicomponent Reaction (MCR), provides a quicker and more efficient way to synthesise chemical compounds than methods used in traditional chemistry.

Lavilla: “MCR is a very powerful tool. It’s versatile, simple and has great potential for industrial applications. This is exactly what we need to discover new and complex compounds very quickly. What is MCR? “It’s simply a means to take several reactants and combine them in a single step to obtain a complex molecule – much like mixing different ingredients in a cocktail shaker,” says Lavilla. “This way we can bypass many of the steps necessary in traditional chemistry, which relies on bimolecular processes that join molecules together one reaction at a time.” Lavilla and his team have published a study in “Chemistry a European Journal”, a leading chemistry journal, in which they take some of the most interesting reactions discovered to date – including some found in their own lab – analyze the reagents and the resulting structures, and propose ways to improve their reactivity and chemical efficiency.

Lavilla: “MCR is a very powerful tool. It’s versatile, simple and has great potential for industrial applications. This is exactly what we need to discover new and complex compounds very quickly”.

The process of drug discovery relies on the production of pure bioactive compounds in a manner that is robust, reproducible and that yields large quantities. Synthesis techniques, such as MCR, play a fundamental role in drug discovery research. Though current organic synthesis methods are sophisticated enough to enable researchers to prepare any compound, no matter how complex, they usually require a series of steps, up to 80 or more, and this makes the process expensive and extraordinarily slow. The advantage of MCR is that it will ideally allow complex molecules to be synthesised in a single step (see graphic).

“The chemical development stage for a drug usually takes from 3 to 5 years. Cutting out the initial synthesis steps will make the process much more agile and less expensive”.

“Heterocycles are the chemical structures most commonly found in drugs and bioactive compounds and provide a good basis for the development of molecules with therapeutic properties,” explains Nicolas Isambert, co-author of the article and postdoctoral researcher with Lavilla, whose group studies reactions involving these molecules. Research into new MCRs based on heterocycle chemistry is currently giving rise to a large number of bioactive molecules that are equal or superior in complexity to many natural or synthetic compounds.

Once a “hit”, an initial product with bioactive properties, is found, it is then structurally refined until a final drug is synthesised. “This chemical development stage usually takes from 3 to 5 years. Cutting out the initial synthesis steps will make the process much more agile and less expensive,” says Lavilla.

Drugs of today and of the future

Recently, MCR-based methodology has been applied widely to the process of drug discovery. Several products are now available, and thousands more are being developed. Drugs currently on the market include calcium blockers, such as amilodipine, antihypertension drugs, such as nifedipine, and local anasthetics, such as xylocaine.

MCR is also used in the rapid, cost-effective and sustainable synthesis of more complex-structure drugs, such as Crivixan, an antiviral drug used to treat AIDS, thrombin inhibitors that reduce the risk of coronary thrombosis, and the cancer drug, Ecteinascidia.

Molecules obtained with MCR not only provide the basis for future drugs, they are also useful biological research tools. When researchers come up with a substance with interesting reaction properties the next step is to determine whether the molecule has a specific biological function. This was the case with Monastrol, a prototype anticancer drug. While attempting to discover the molecule’s function, researchers found that it inhibited a previously unidentified motor protein, called EG5, which is responsible for cell division. In addition to providing a candidate molecule for drug development, it also shed light on basic biological processes.

“As basic research scientists, we are interested in finding new types of reactions and analyzing their mechanics, unraveling the molecular structure of new compounds and giving biologists new bioactive compounds that they can use as molecular probes,” explains Isambert. “Our laboratory works on the initial stages of the long path toward developing drugs. We do pure chemistry, but we are always looking towards applying it to biomedicine - we constantly collaborate with groups working in biology and medicine,” says Lavilla.