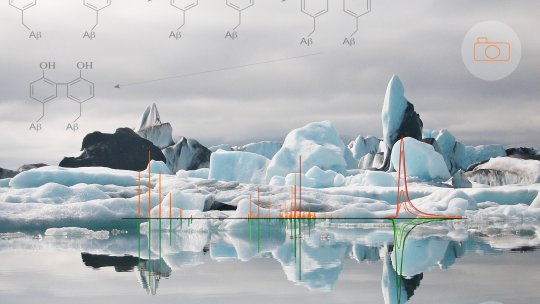 A study headed by IRB Barcelona provides the first direct evidence of beta-amyloid dimers (two proteins joined together) in patients with Alzheimer’s disease and points to the potential of these molecules as biomarkers.

Beta-amyloid dimers may be the smallest pathological species that trigger Alzheimer’s disease.

The most widely used biomarkers for the early detection of Alzheimer’s disease (AD) are currently the concentrations of beta-amyloid and phosphorylated Tau in cerebrospinal fluid. However, it has been observed that not all individuals with alterations in these biomarkers develop the disease. In this regard, intense research efforts are being channelled into finding new biological markers that can provide information about the different stages of the disease and allow its early detection, and thus facilitate its management. A study headed by researchers at the Institute for Research in Biomedicine (IRB Barcelona) and the Institut Européen de Chimie et Biologie (IECB) in France proposes that the presence of two beta-amyloid molecules bound together (beta-amyloid dimers) could provide a new biomarker for AD.

In search of new markers for Alzheimer’s disease

Molecular research into AD had already established a correlation between the concentration of beta-amyloid dimers and the onset of the disease. But the nature of these dimers has been hotly debated because it was not known whether the two beta-amyloid molecules that form the dimer were linked by a chemical bond or not. This information is important because if this chemical bond is not present, the dimer can be broken when manipulating the samples during lab analysis, thereby hindering accurate measurement of its concentration.

Headed by researcher Natàlia Carulla, currently group leader at IECB, the team at IRB Barcelona and IECB has studied the chemical and structural properties of beta-amyloid dimers in close collaboration with IRB Barcelona’s Mass Spectrometry Facility, managed by Marta Vilaseca.

Postdoctoral fellow Aurelio Vázquez de la Torre and Senior Research Officer Marina Gay, the two first authors of the study, which was published in Analytical Chemistry, demonstrate that the bonds between the two beta-amyloid molecules are covalent, meaning that the molecules are held together by chemical links that are very strong and impossible to break during brain extraction. These findings were achieved using brain tissue samples from two patients with AD and a control. The researchers conclude that the beta-amyloid dimers are covalently linked in the brains of subjects with AD and that therefore they emerge as potential biomarkers of the disease, as well as therapeutic targets.

“We have confirmed the potential of these dimers as biomarkers. We have found that the dimers are preserved during the tissue extraction procedure used in the lab and are consequently identical to those in the brains of patients with AD. Furthermore, we have developed a robust and sensitive method that allows us to study the dimers in any biological sample,” explain Aurelio Vázquez de la Torre, a member of Natàlia Carulla’s team, and Marina Gay, who works in the Mass Spectrometry Platform. In this regard, these researchers have fine-tuned the techniques that have allowed the identification and characterisation of the dimers.

“Because we can’t work with the brains of living subjects, we now need to determine whether these dimers are present in the cerebrospinal fluid of individuals with Alzheimer´s disease and then perform clinical trials to associate their presence with the stage of AD. We propose that it is now feasible to validate the dimers as biomarkers for this disease,” says Carulla.

For additional information you may watch our Meet our Scientists video dedicated to Dr. Marta Vilaseca: