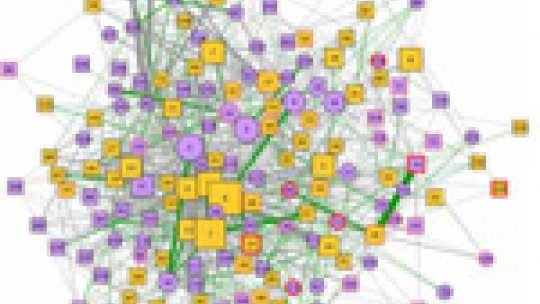 Representation of the functional groups between proteins in Alzheimer's disease.
Image 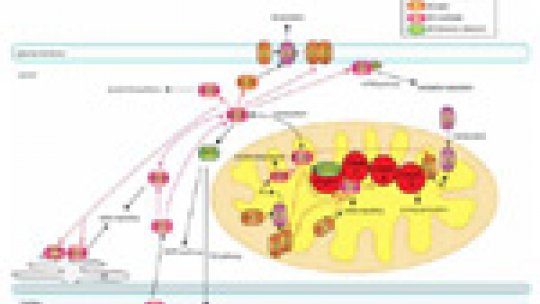 Scientists at IRB Barcelona and the Joint Programme IRB-BSC have discovered 200 new interactions between proteins that could be related to Alzheimer.

Through a complex analysis of protein interactions, researchers from IRB Barcelona and the Joint Programme IRB -BSC have discovered new molecular mechanisms that may be involved in the development of Alzheimer’s disease. The study, a collaboration between bioinformaticians and cell biologists, was led by IRB Barcelona group leader and ICREA researcher Patrick Aloy and appears today in the Genome Research, a reference journal in the field of genomics.

Alzheimer’s disease is an age-related neurodegenerative disease. Despite the considerable efforts made in recent years to understand the mechanisms that trigger this disease, an effective treatment is not yet available. This study reveals new molecular and functional data that could help researchers gain a better understanding of the disease and potentially to develop new therapies.

From the computer to the lab

Proteins are the molecular instruments that cells use to carry out their functions. Proteins don’t normally act alone, but interact with other proteins to form cellular networks. In this study, rather than looking at individual proteins as been done in many previous studies, the scientists analyzed the biology behind Alzheimer’s disease using a global approach. “We have combined computational and experimental methods to study the connections between proteins and put them in the context of their environment”, says Aloy.

The computational analysis of these interactions, performed by the MareNostrum Supercomputer of the Barcelona Supercomputing Center (BSC), revealed that many of the groups of proteins are highly interconnected and have similar functions in cells. Some of these functions suggest new molecular mechanisms that could be linked to Alzheimer’s. A clear example is a protein called ECSIT, that relates oxidative stress to inflammation and changes in the mitochondria, indicating that these processes may play a role in the development of the disease.

Increased life expectancy and improvements in health care and diagnostics have led to the increased prevalence of the Alzheimer’s disease, which is a serious problem in both developed and developing countries. This study opens the door to new research aimed at finding a cure for the disease.