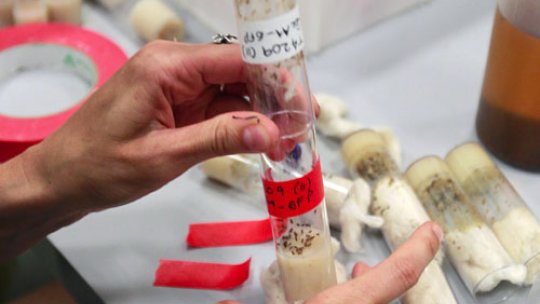 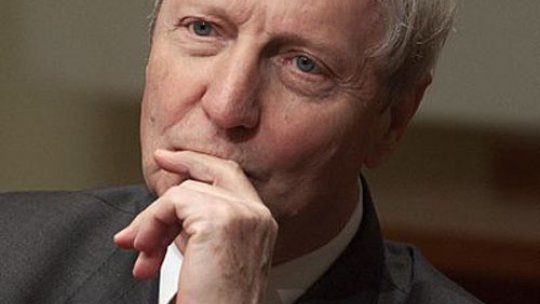 On 16-19 October, 700 scientists will meet for the 23 European Drosophila Conference in the Palau de Congressos in Barcelona.

Drosophila melanogaster, also known as the fruit fly, is a key model organism in genetics and essential for our understanding of disease.

Barcelona hosts a large concentration of biomedical research groups specialized in Drosophila, making the city a European and worldwide reference for this area of research.

From 16-19 October, more than 700 scientists from around the world will attend the biennial European Drosophila Research Conference in Barcelona, in the city’s Palau de Congressos. With 7 plenary lectures, 300 talks, 20 sessions and 400 posters, it is the biggest European event focussed on basic and biomedical research that uses the fly fruit, Drosophila melanogaster, as a model system.

“The European scientific community has been recommending Barcelona as the host site for this conference for some years. The number of participants has nearly doubled since the last edition, testifying to the attractiveness of the field and to Barcelona’s powerful cluster of leading scientists working in this area”, explains the organizing committee, composed of scientists at the University of Barcelona, the Spanish National Research Council (CSIC) and the Institute for Research in Biomedicine (IRB). The 2011 Nobel Laureate in Medicine, Jules Hoffmann, from the University of Strasbourg, will open the meeting with the plenary lecture “Innate immunity: from fly to humans”.

Hoffmann was awarded the Nobel Prize, together with Bruce A. Beutler y Ralph M. Steinman, for their discoveries on the activation of innate immunity, which has allowed scientists to develop new methods to fight disease, including the latest generation vaccines or cancer therapies based on immune system activation. Their discoveries are essential to our understanding of the occurrence of autoimmune diseases –when an organism’s own immune system attacks itself, such as in the case of type 1 diabetes- and has opened new paths for treatment.

“The article by Hoffmann in Cell 15 years ago was one of the catalysts for current biomedical research using Drosophila to study human diseases. This is a growing tendency, which is reflected in the scientific sessions of the conference”, explains Marco Milán, ICREA scientist at the Institute for Research in Biomedicine (IRB), and co-organizer of the conference, along with Cayetano González (IRB), Jordi Casanova (IRB/CSIC), Enrique Martín Blanco (CSIC) and Florenci Serras (UB).

The fly has been used to study basic biology for over a hundred years “and it is still an exceptionally good organism for this kind of research”, adds Milán. “Since Hoffmann’s discoveries, the fly has also proved to be effective for modeling diseases such as cancer, Alzheimer’s, Parkinson’s, diabetes, or drug addiction.” The sequencing of the fly and human genomes has revealed that the species share 70% of genes associated to diseases. Research on Drosophila has yielded no fewer than 6 Nobel Prizes.

Topics to be addressed at the conference include stem cells and cancer, which are also the theme of two of the five special workshops scheduled. Organisms need stem cells in order to repair tissues. Their dysfunction is associated with cancer and early ageing of tissues. Stem cells from Drosophila’s nervous system and gut are used to identify new genes involved in tumorgenesis. The plenary lecture “Modeling Cancer in Drosophila”, by scientist and conference organizer, Cayetano González, ICREA scientist at IRB and a recipient of a prestigious ERC Advanced Grant, will address these studies. In 2005 González demonstrated that the abnormal division of stem cells in Drosophila’s nervous system generates malignant tumors.

Among other scientists of international standing invited to deliver plenary lectures, is Elisabeth Knust, Director of the Max Planck Institute of Molecular Cell Biology and Genetics (Dresden, Germany). Knust identified the CRB1 gene in Drosophila, which is also present in humans. Its mutation is linked to development of Retinitis Pigmentosa, an inherited, degenerative eye disease that causes blindness. Knust’s research has improved the knowledge of essential biologic processes as well as helped to develop new therapies for patients affected by retina dystrophies.

Ginés Morata (Rioja -Almería-, 1945), awarded the 2007 Prince of Asturias Prize for Technical and Scientific Research along with the English biologist Peter Lawrence, will also be speaking at the event.” An international expert in the field, his studies focus on the “biological architecture” of Drosophila. His research, conducted at the Centro de Biología Molecular Severo Ochoa (CSIC-UAM) in Madrid, is also related to tumor generation and ageing.