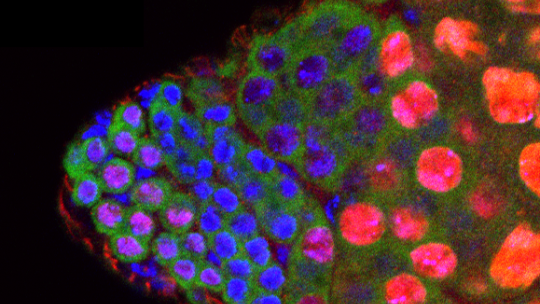 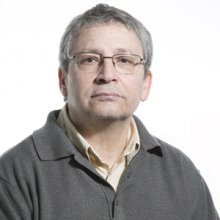 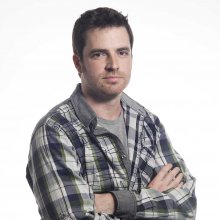 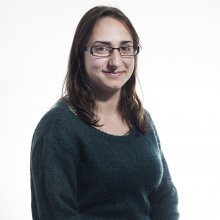 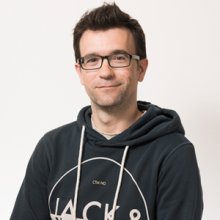 Researchers at IRB Barcelona unravel the role of the histone BigH1 in the development of male sex cells from stem cells.

The study, which was performed in Drosophila melanogaster, paves the way to a greater understanding of male infertility.

Published in Cell Reports, the work sheds light on the mechanisms through which histones regulate how stem cells give rise to differentiated cells.

Researchers in the Chromatin Structure and Function Lab at the Institute for Research in Biomedicine (IRB Barcelona) have identified the histone BigH1 as a key protein in stem cell differentiation to male sex cells. Histones are basic proteins that confer order and structure to DNA and they play an important role in gene regulation.

Depending on the stage of the process, histone BigH1 is either present and represses specific genes or it is inhibited to allow gene expression, thereby promoting differentiation, a process in which stem cells produce adult sex cells. When this delicate balance is lost, male Drosophila melanogaster show gonadal malformations and infertility.

“We hypothesize that BigH1 represses the genes that are not specific to the germ line (when stem cells give rise to sex cells). But we now have to unravel how it does this and how it is activated and silenced,” says Ferran Azorín, CSIC Research Professor and group leader at IRB Barcelona.

The role of histone H1 in male infertility

All animals have histones that are specific to the germ line. In Drosophila, BigH1 is expressed in the male and female germ lines. In contrast, variants of histone H1 differ between males and females in mice and in humans. “The histone BigH1, which we have studied in Drosophila melanogaster, shows most resemblance to the germ line variant of human females but it also shows some similarities to variants of the male germ line,” explains Albert Carbonell, postdoctoral fellow and first author of the paper. “Because of these similarities, our work can contribute to our understanding of sex cell diferentiation in humans and help to explain some types of infertility,” he adds.

Histones as regulators in stem cell differentiation into tissue cells

All the cells of an organism, whether skin, intestinal, lung or any other type, arise from the differentiation of stem cells, and it is known that histones play a crucial role in this process in many lineages. This study describes the mechanism of action and inhibition exerted by BigH1 to regulate spermatogenesis in Drosophila and which may work in a similar manner in other species.

The lab is now focusing on BigH1 during the differentiation of female sex cells. “We know that this histone is essential, but we assume it will have a distinct role since the process involving female sex cells is considerably different to that of male ones,” says Paula Climent, a PhD student in the lab and one of the authors of the article.

The research was supported by funding from MINECO, through ERDF, and from the Catalan Government.

Created in 2005 by the Generalitat de Catalunya (Government of Catalonia) and University of Barcelona, IRB Barcelona is a Severo Ochoa Centre of Excellence, a seal that was awarded in 2011. The institute is devoted to conducting research of excellence in biomedicine and to transferring results to clinical practice, thus improving people’s quality of life, while simultaneously promoting the training of outstanding researchers, technology transfer, and public communication of science. Its 25 laboratories and seven core facilities address basic questions in biology and are orientated to diseases such as cancer, metastasis, Alzheimer’s, diabetes, and rare conditions. IRB Barcelona is an international centre that hosts 400 employees and 32 nationalities. It is located in the Barcelona Science Park. IRB Barcelona forms part of the Barcelona Institute of Science and Technology (BIST) and the “Xarxa de Centres de Recerca de Catalunya” (CERCA).