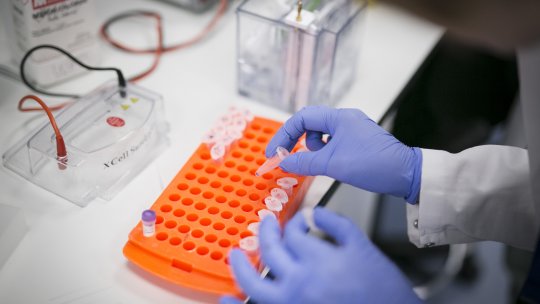 The Centre for Genomic Regulation (CRG) is coordinating a task force with the Institute for Research in Biomedicine (IRB Barcelona) and the Institute for Bioengineering of Catalonia (IBEC), as requested by Generalitat de Catalunya, to set up mass testing for citizens to stop the spread of the new coronavirus outbreak.

There will be two mass testing sites – one coordinated by the CRG at its labs at the Barcelona Biomedical Research Park (PRBB) and another at the Parc Cientific de Barcelona, jointly coordinated by IRB Barcelona, IBEC and the Centro Nacional de Análisis Genómico (CNAG-CRG), part of the CRG.

The project, codenamed Programa Orfeu by the Generalitat de Catalunya, aims to run a total of 170 thousand tests in its first phase, which will last for an initial period of six weeks.

The mass testing sites will be used to detect infected people both during the lockdown and as measures are progressively relaxed. This will allow citizens to better isolate the sick, lower infection rates, let essential workers get back to work and save lives.

The CRG will work seven days a week to conduct 100,000 tests during a six-week period in its labs thanks to its regular PCR capabilities, as well as the addition of a next-generation sequencing robot with a capacity to run 8000 samples per day. Only four of these robots currently exist in Europe. The site at the Parc Cientific de Barcelona will carry out 70,000 tests over the same time period.

“The CRG, IRB, IBEC have the labs, people, expertise and dedication to support the country through its biggest challenge in recent history,” says Luis Serrano, Director of the Centre for Genomic Regulation. “I am proud of our researchers, technicians and administration, all of who have come together at breakneck speed to volunteer their efforts. We need to beat this pandemic together, which is why we will be working non-stop to fight this crisis.”

"At IRB Barcelona, we are proudly adapting our activity in order to stand by society in this critical health crisis,” says Francesc Posas, IRB Barcelona Director. “Massive testing is key to controlling the spread of the virus, and the whole IRB community is helping people to return to their lives, their jobs and, as a society, to get back on our feet again”.

The Minister of Enteprise and Knowledge, Àngels Chacón - the Government Department that promotes this project together with Salut - expressed satisfaction with the involvement of these research centers, which "is yet another example of how the entire knowledge system in Catalonia is making a decisive contribution to the global scientific effort in the context of the global health crisis, strengthening the role of our country as one of the leaders in Europe and the world ".

The mass testing sites will use real-time PCR (RT-PCR) to look for the presence of coronavirus genetic material in samples. The tests have been compared and verified to meet the national standard set by Spanish hospitals, as well as those in Europe, the United States, Israel and further afield.

IRB Barcelona is working on tackling the coronavirus pandemic: find out about our projects.