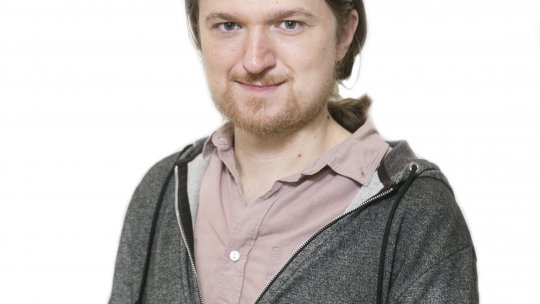 Through its Young Investigator Programme, EMBO identifies and supports some of the best young researchers in the life sciences.

Fran Supek, ICREA researcher at the Institute for Research in Biomedicine (IRB Barcelona), together with another 27 scientists from Europe and the rest of the world, has joined the European Molecular Biology Organization (EMBO) through its Young Investigator Programme.

The EMBO Young Investigator Programme gathers researchers under the age of 40 who are in the first four years of heading their own research group and who have a proven track record of scientific excellence. This programme already has a network of 129 young investigators and 340 former members. As part of the programme, the researchers and his/her team receive funding and other support over four years, as well as the opportunity to network.

“I see the EMBO Young Investigator Programme as a fantastic opportunity to meet like-minded researchers who focus on doing exciting, world-class science. I hope this will spark many collaborations with great labs in other European countries and beyond,” says Supek.

Fran Supek holds a BSc in Molecular Biology and a PhD from the Faculty of Sciences and Mathematics of the University of Zagreb (Croatia). In 2010, he came to Barcelona, where he joined the EMBL/CRG Systems Biology Research Unit at the Centre for Genomic Regulation as a Marie Curie postdoctoral fellow. There, he worked in the “Systems Genetics” lab, headed by Ben Lehner, where he addressed the genomes of human tumours. In April 2017, he joined IRB Barcelona as a Ramon y Cajal fellow to set up the Genome Data Science lab, which comprises a highly interdisciplinary team capable of tackling cancer genomics and population genomics from a unique perspective.

Find out more about Supek in this interview: