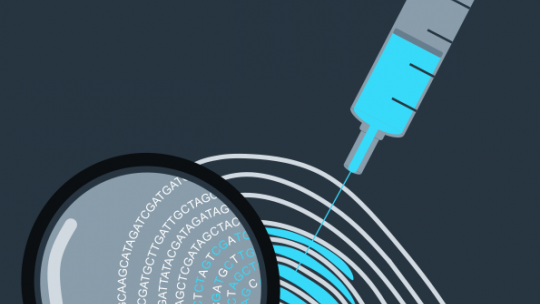 Researchers at IRB Barcelona have identified these genetic footprints produced by some cancer treatments and have for the first time been able to calculate the genetic toxicity of some of these treatments. Claudia Arnedo, IRB Barcelona. 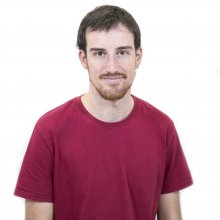 Scientists at IRB Barcelona determine the genetic alterations in the cells of cancer patients caused by the main cancer therapies.

This is an important step towards understanding the long-term side effects and optimizing treatments against cancer.

The results have been published in the journal Nature Genetics.

Living implies change. This is what happens to the cells of our bodies as we grow older: they accumulate genetic alterations, most of which are  harmless. However, in some specific cases, these mutations can affect certain genes and can lead to the development of cancer. The source of these alterations can be exogenous (e.g., solar radiation, tobacco smoke or some toxic substance) or endogenous (e.g., errors in DNA processing).

Scientists led by ICREA researcher Núria López-Bigas, head of the Biomedical Genomics Laboratory at the Institute for Research in Biomedicine (IRB Barcelona) and Assistant Professor at the Pompeu Fabra University, have characterised for the first time the genetic alterations caused by six therapies widely used for the treatment of cancer (five based on drugs used as chemotherapies, and radiotherapy).  The results have been published today in the journal Nature Genetics.

Chemotherapies have revolutionized the treatment of cancer, allowing the survival of large numbers of patients. Some of these therapies kill cancer cells by damaging their DNA. However, these drugs can also harm the healthy cells of the patient, thereby explaining their side effects.

“It is important to remember that chemotherapies are highly efficient for the treatment of cancer,” says Oriol Pich, a PhD student at IRB Barcelona and first author of the study. “But long-term side effects have also been reported in some patients. Studying the DNA mutations that occur in cells as a result of chemotherapies is the first step towards understanding the relationship between these mutations and the long-term side effects of these treatments”.

To carry out the study, the Hartwig Medical Foundationin the Netherlands provided the scientists with the sequences of the metastatic tumours of around 3,500 patients and information about the treatments that they received. Using bioinformatics techniques, López-Bigas’ grouphas been able to identify a specific pattern of mutations in the metastatic tumours of the patients for each of the most widely used therapies—their “mutational footprint”.

“Once this ‘footprint’ has been identified, we can quantify the DNA mutations that have been caused by each kind of chemotherapy, as well as those caused by treatment combinations,” explains López-Bigas. “We have compared these numbers with the genetic alterations caused by natural endogenous processes. We have calculated that, during treatment, some of these chemotherapies cause DNA mutations at a rate that is between 100 and 1000 times faster than what normally occurs in a cell.”

This knowledge will allow the optimization of cancer treatments. “The aim is to maximize the beneficial effects of chemotherapies by destroying tumour cells while minimizing the number of mutations caused in the healthy cells of the patients. This would be achieved through a careful combination of dose and treatment duration,” says López-Bigas.

This research has been possible thanks to patients and their families who allowed the samples taken to be used for scientific research purposes. The study was funded by the European Research Council (ERC), the Ministry of Science, Innovation and Universities of the Spanish Government and the Ministry of Business and Knowledge of the Catalan Government. Oriol Pich is the recipient of a fellowship from the Barcelona Institute of Science and Technology (BIST).