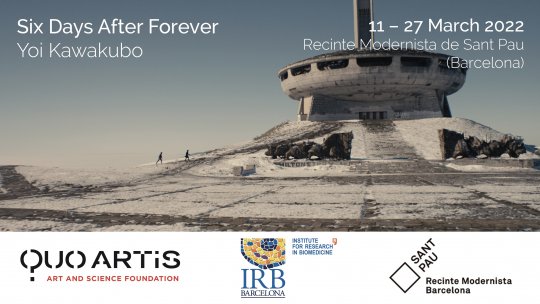 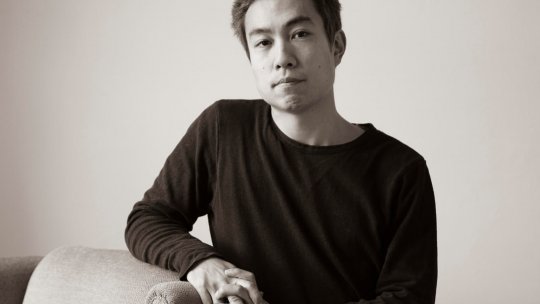 On 10 March, the exhibition of art and science at the Sant Pau Art Nouveau Site, “Six Days After Forever” by Yoi Kawakubo, will be inaugurated.

The film, which can be seen until 27 March, is a collaboration between the Institute for Research in Biomedicine (IRB Barcelona), the Quo Artis Foundation and the Sant Pau Art Nouveau Site.

Yoi Kawakubo is a Spanish-born Japanese artist based in London and Tokyo who has collaborated with IRB Barcelona in recent years to carry out this project. Kawakubo turned to artistic practice after graduating in applied neuroscience and working in the financial sector for many years. He makes use of photography, moving images and sound installations, often based on historical research and personal history, interconnecting economic, social and philosophical reflections.

The exhibition “Six Days After Forever” is a film projected in the Operations Pavilion of the Sant Pau Art Nouveau Site that explores issues surrounding the ethics of genetic modification, the risks of nuclear radiation for humans, and the ontology of human identity. In the film, Kawakubo interviews three IRB Barcelona researchers: Dr. Camille Stephan-Otto, Dr. Lluís Ribas and Dr. Manuel Serrano, generating reflection about the origin of life and its evolution.

The artist considers a situation in which, due to technological and scientific advances, human civilisation has reached a point where its relationship with the planet and with its own identify has become uncomfortably unstable. In the near future, a young female scientist wakes up with amnesia and is hounded by a powerful biogenetic corporation to end up discovering the truth about her identity and the greatest secret in the history of humanity.
Words and images merge in a light-filled journey reminding us of the context in which we live, our human form, and the planet that we live in.

The film unfolds as a science-fiction narrative, written in a lyrically slow-paced way and set in a speculative but familiar world. The fictional part is combined with a documentary section, consisting of historical fragments on the discoveries of nuclear waste and interviews with researchers at IRB Barcelona. The project came about from a seven-page anagram story written by the artist in 2016 and inspired by Jorge Luis Borges.

The opening of the exhibition will be marked by a debate between the artist and the researcher Dr. Lluís Ribas (IRB Barcelona), chaired by Tatiana Kourochkina (Quo Artis), on 10 March at 16:00h in the same Sant Pau Pavilion.

Information about the exhibition:

With the support of: