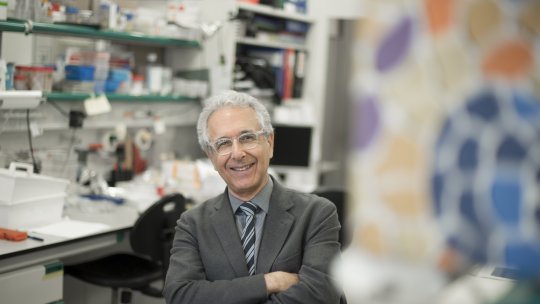 The University has awarded this honour in recognition of his “outstanding career in biochemistry and his contributions to research, in particular, in relation to alterations in diabetes and to Lafora disease

Joan J. Guinovart, director of IRB Barcelona, senior professor at the University of Barcelona, CIBERDEM researcher and president of the International Union of Biochemistry and Molecular Biology (IUBMB), has been named Doctor Honoris Causa by the Andrés Bello University of Chile.

The announcement of the University Council states that they have awarded this honour in recognition of his “outstanding career in biochemistry and his contributions to research, in particular, in relation to alterations in diabetes and to Lafora disease”. They also highlighted his contribution to furthering science and scientific training opportunities “through the creation and management of the prestigious organisation IRB Barcelona”.

The Doctor Honoris Causa award ceremony will in the “Salón de Honor” on 1 December on one of the campuses of the Santiago de Chile University.