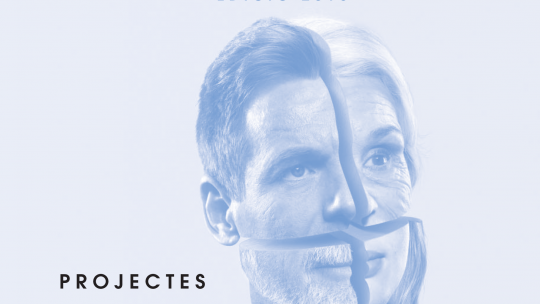 Antonio Zorzano and Joan J. Guinovart are among the 34 projects awarded by the  2015 La Marató (telethon)

Today the Fundació La Marató de TV3 has announced the 34 winning projects out of 117 presented for funding in the 2015 campaign devoted to obesity and diabetes. These are the two most common metabolic diseases in Catalonia, affecting one in every four people.

This afternoon, the Foundation has announced the winning projects in an award presentation ceremony held at the Acadèmia de Ciències Mèdiques i de la Salut de Catalunya i de Balears, in Barcelona. The Institute for Research in Biomedicine (IRB Barcelona) has received funding for the two projects that it presented.

Antonio Zorzano, coordinator of the Molecular Medicine Programme and leader of the laboratory Complex metabolic diseases and mitochondria, will head the study entitled "Mechanisms responsible for the deficient differentiation capacity of adipose tissue-derived stem cells in obesity". The board of La Marató has granted 300,000€ for this project, which will be coordinated together with Dr. Sonia Fernández Velado at the Hospital Universitario Joan XXIII, Instituto de Investigación Sanitaria Pere Virgili de Reus.

Joan J. Guinovart will lead the project "Liver glycogen, a novel target to treat diabetes and obesity ", which has received 200,000 €. Members of his Metabolic Engineering and Therapy Lab at IRB Barcelona will be involved in this research.

Since 2015, the year IRB Barcelona was founded, scientists at the centre have been awarded funding for 21 projects. Of these, six are still underway—four on cancer and two on neurodegenerative disease. These two newly awarded projects on diabetes and obesity can now be added to this long list.

The 57 teams that will receive finding from La Marató to carry out the 34 winning projects will devote the next three years to furthering knowledge of the causes, treatments, prevention and cure of diabetes and obesity.

The 2015 La Marató de TV3 i Catalunya Ràdio, which raised  9,469,226€, will promote intensive research activity that will have a direct impact on the quality of life of those affected and their families.