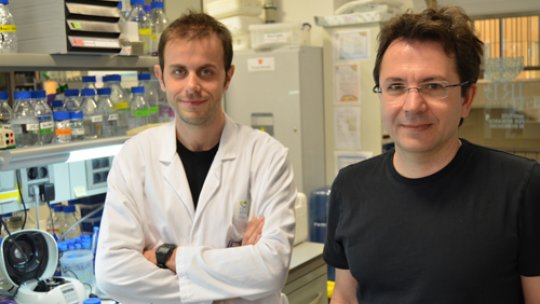 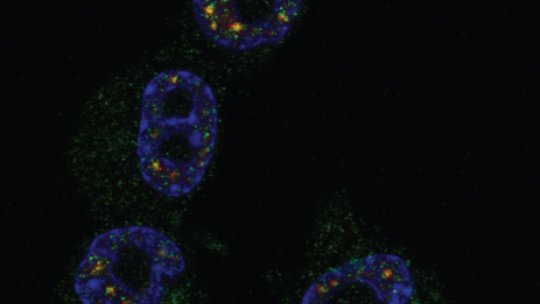 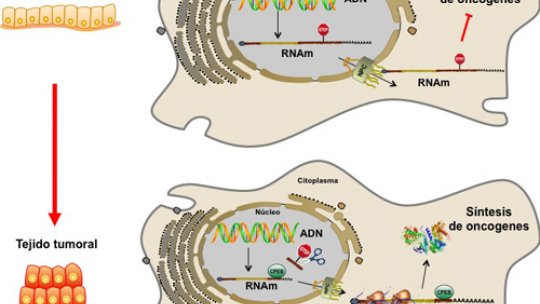 In healthy cells, messenger RNA, which conserves the region holding regulatory signals, is not translated into proteins in the cytoplasm. In cancerous cells, CPEB1 cuts a region of Messenger RNA and attaches itself to this region. The protein then moves t 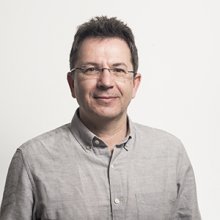 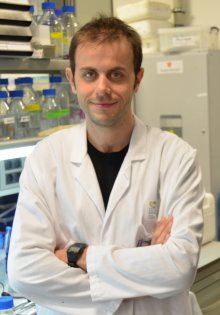 • ICREA professor Raúl Méndez publishes a study in Nature describing how the CPBE1 protein “takes the brakes off” the production of proteins associated with the cell switch from being healthy to tumorous.

• The lab has developed a system for screening compounds that impede the action of CPEB proteins in tumors.

Cancer is characterized by uncontrolled cell division and growth. In order to identify new therapeutic targets through which to tackle the disease, scientists seek to clarify the mechanisms that control the expression of genes that favor the development of tumors, in processes such as uncontrolled cell division. Today, Nature has published a paper by the lab headed by Raúl Méndez, ICREA professor at the Institute for Research in Biomedicine (IRB Barcelona). The study describes a mechanism controlled by the CPEB1 protein that affects more than 200 genes related to cell proliferation and tumor progression. The mechanism, which was discovered using Hodgkin lymphoma cells, has been proposed as a general regulatory system that enhances the spread of cancer.

The researchers describe that CPEB1 shortens a highly specific region of RNAs (RNAs are the molecules that carry gene information for protein synthesis). This region holds most of the signals that determine whether an RNA molecule is made into a protein or not. “CPEB1 “takes off the brakes” for hundreds of RNAs that stimulate cell desdifferentiation and proliferation, allowing them to be made into proteins; however, in addition to removing the brakes in the nucleus, this protein accompanies RNA to the cytoplasm, where it speeds up the production of these proteins”, explains the senior author of the paper Raúl Méndez, head of the “Translational control of cell cycle and differentiation” group at IRB Barcelona.

Raúl Méndez is an expert on the CPBE protein family, a type of RNA-binding protein that has a positive and crucial role in early embryo development. “CPEB proteins are necessary during development and also during tissue regeneration via stem cells in adults, but if the programme governed by CPEBs is continually switched on, cells divide when they are not supposed to and form a tumor”, explains Méndez. The CPEB family comprises four proteins, which compensate each other’s normal function but which have specific activities in diseased states. “This finding is positive from a therapeutic viewpoint because it means that if you remove CPEB1 from healthy cells, its function can be taken over by any other CPEB protein. In contrast, in tumors only CPEB1 has the capacity to shorten these regions, thus affecting only tumor cells”, states Italian researcher Felice Alessio Bava, first author of the paper, and post-doctoral fellow with Méndez’s group who, this year, has obtained his doctorate degree through the “la Caixa” International Fellowship Programme. This study provides further evidence of the potential of CPEB proteins as therapeutic targets. In 2011, in a study published in Nature Medicine, Méndez identified that CPEB4 “switches on” hundreds of genes linked to tumor growth. This new study explains that the overexpression of CPEB4 in tumors is because CPEB1 has also “released its brakes”. “The fact that these proteins control each other is also advantageous from a therapeutic point of view”, asserts Méndez, “because partial inhibition, by a drug, would be amplified, thus allowing tumor cell reprogramming. The amplification should make it easier to find a viable compound”.

The lab has developed a system to screen therapeutic molecules for a drug that can inhibit the action of CPEB in tumors while having few secondary effects on healthy cells. “There is no drug currently available that influences the regulation of gene expression at this level. Our findings open up a pioneering therapeutic window. We are optimistic about the potential of CPEB proteins as targets”, says Méndez.

The study published in Nature includes a meticulous genomic analysis of RNA molecules that are processed in different ways depending on whether CPBE1 is present. The study provides a list of between 200 and 300 of such genes, that is to say, those that would have the region holding regulatory signals removed. This is precisely the region where microRNAs —small molecules regulating the translation of this RNA to protein— bind. “Many antitumor therapies attempt to interfere with microRNA binding, but we have now revealed that CPEB proteins remove these regions beforehand. The pharmaceutical companies that are developing such compounds will be able to predict whether their targets are suitable approaches or not”, explains the scientist.

The study has involved the collaboration of the group led by Juan Valcárcel at the Center for Genomic Regulation (CRG), an expert in RNA nuclear processing, and that of Roderic Guigó, an expert in biostatistics and also at CRG. This study received funding from the Consolider RNAreg consortium of the Spanish Ministry of Economy and Competition and the Generalitat de Catalunya (Government of Catalonia).