The protein Scarface establishes order in the Drosophila epithelium 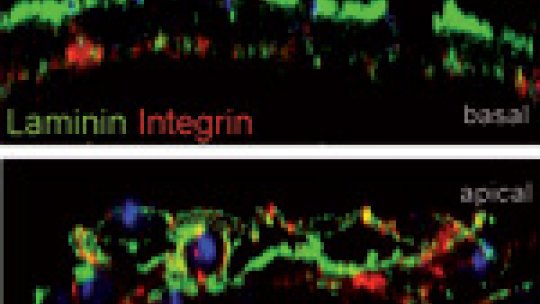 Researchers at IRB Barcelona discover a new component required for the structural maintenance of the epithelium.

Epithelia are tissues formed by one or several layers of cells that cover the surface and internal cavities of organisms, such as the digestive tract. One of their differential features is that the cells from which they are formed are packed tightly together and are anchored at their basal part to the basement membrane, a specialised extracellular matrix. Although this anchoring is determinant for the maintenance of epithelial organisation and structure, little is know about the mechanism responsible for the development of the basement membrane. The group led by Marco Milán, ICREA researcher at the Institute for Research in Biomedicine (IRB Barcelona), provides new data about the elements that organise epithelial cells in tissue. The study is published this week in the journal EMBO Reports, part of the Nature group. The journal also devotes a “highlight” section in the same issue to this study, thereby reflecting the novelty of its findings and their potential applications in biology and biomedicine.

The basal section of epithelial cells holds some membrane proteins known as Integrins. These bind to other extracellular proteins of the basement membrane named Laminins. Through Laminin-Integrin interactions, epithelial cells adhere to the basement membrane and maintain their orientation inside tissue. For these processes to occur correctly, Laminins are secreted in a polarised manner towards the basement membrane to bind to Integrins. Although specific trafficking for Laminin-type proteins has been known for twenty years, it was not until a year ago that the first protein involved in this process was identified and this happened in Drosophila. In this study scientists have found the protein Scarface to be the second key element identified to date in this trafficking.

From the observable to the molecular

Researchers in Milan´s group observed that the protein Scarface is activated in a set of cells involved in fundamental morphogenetic movements during the development of the Drosophila embryo. When they generated a mutant embryo for the scarface gene, they observed that these movements did not occur. The embryo was frozen. “A developmental biologist always looks for genes that are activated in relevant sites or genes that, when mutated, generate embryos with characteristics of interest. We dissect these data until we can see what is happening at the molecular level. Thus, we are moving from the largest to the smallest scale”, explains Milán. The observation that scarface mutant embryos were identical to the integrin mutant embryos was critical for the development of this study. On the basis of these findings, the researchers studied the mechanism by which Scarface regulates the activity of Integrins in these morphogenetic processes.

Cell polarity and its biological relevance

The analyses showed that Laminins were not properly secreted towards the basal part in embryos deficient in Scarface and that they accumulated in the opposite cellular region, in the apical part of the epithelium. As a result of this alteration, epithelial cells did not adhere correctly to the basement membrane. “Without Laminins, cells do not adhere to the basement membrane as much and the epithelium loses polarity and become disorganised”, says Milán. Cellular disorganisation within tissues is traditionally associated with various human diseases, such as cancer. In fact, the vast majority of human cancers derive from epithelial cells that have lost their orientation, which makes the epithelium show distinct intermingled layers. In these cases, the cells detach and acquire invasive characteristics that allow them to move into other regions of the organism favoured by metastatic processes. The similarities of these processes with those that occur during Drosophila embryo development make this invertebrate an excellent model for studies of these phenomena.

The present study may also contribute to our understanding of physiological processes such a wound healing, in which cell movement is very similar to that which occurs in the Drosophila embryo. The observation that Scarface is regulated by the JNK protein and that the latter is a determinant factor in wound healing suggests that the binding between Integrins and Laminins also plays a crucial role in this process. 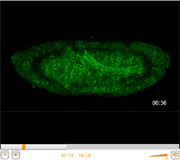 Watch videos: Morphogenetic movements during the development of the Drosophila embryo regulated by Integrins. 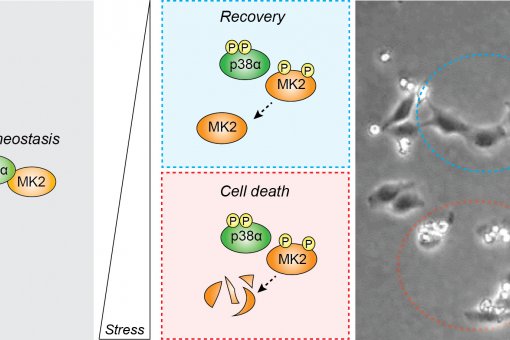 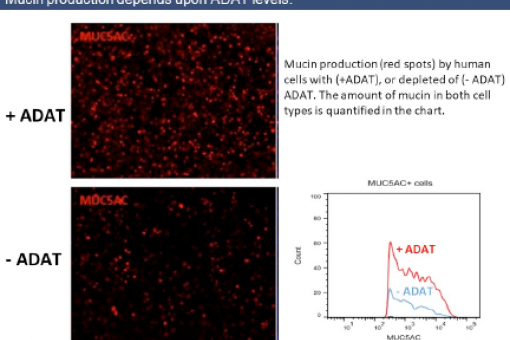 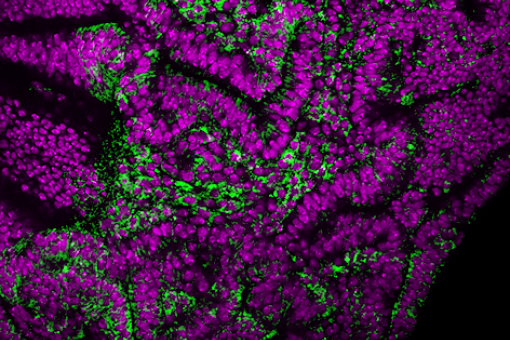