A role of colibactin-producing E. coli in carcinogenesis 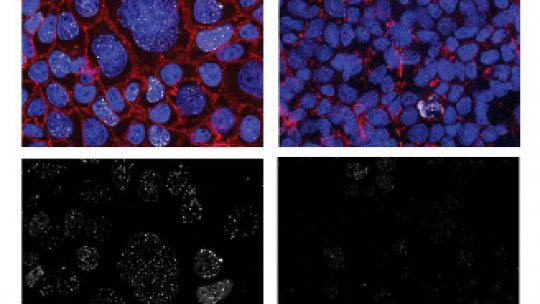 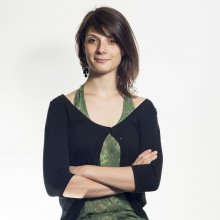 A role of colibactin-producing E. coli in carcinogenesis.

Some bacterial pathogens cause damage in the genomes of their infected cells which could lead to the initiation of cancer. While it is difficult to link an infection with an onset of cancer that arises many years later in life, researchers have been looking for definitive proof that such links really exist – apart from the available epidemiological evidence and mechanistic plausibility. One strong argument for the causative role of an infection in cancer would be the identification of a footprint, a genetic signature that bacteria leave in the genomes of their infected cells and can be detected in the transformed cancer cells. This is what researchers under the lead of Thomas F. Meyer, Director at the Max Planck Institute for Infection Biology in Berlin, with the collaboration of the Molecular Modelling and Bioinformatics led by Modesto Orozco at IRB Barcelona and also colleagues from Helsinki and Stockholm now identified. They observed a specific signature of E. coli bacteria in a subgroup of colon cancer patients, and thereby provided first definitive evidence for an etiologic link between a bacterium and cancer development.

Starting from the hypothesis that DNA damage by the colibactin genotoxin in the human genome might not be random, the authors determined the locations of double strand breaks generated after the infection of human cells with colibactin-positive E. coli. They found a strong enrichment of breaks at a distinct sequence motif that exhibited extreme structural features. Computer modelling indicated that the target motif was in a particularly narrow groove area in the DNA, to where usually no proteins bind. This motif was rich of adenine:thymidine (A:T) base pairs and it nicely fitted the binding by colibactin. Accordingly, colibactin reacted with two adenines on opposite strands of the DNA, cross-linking the two DNA strands at a diagonal distance of 3 nucleotides.

When the researchers explored whether this colibactin damage motif (CDM) was mutated in human cancers, they found a strong enrichment of CDM-associated mutations in a subgroup of human colorectal cancers. Moreover, the position where colibactin caused the damage in the target DNA, i.e. where it reacted with the two adenines, corresponded exactly with the location of the mutations in the colon cancer genomes. Obviously, in the course of repairing the affected DNA, the human cell happens to make occasional mistakes by incorporating a mismatched nucleotide. Interestingly, the researchers noted that this faulty rescue has a slight bias towards the incorporation of a guanine or a cytosine in the respective DNA strands. These observations point to a highly specific mutational signature, termed SBSA, which has been recently noted in another study to be present in seemingly healthy intestinal tissue.

The researchers also asked whether the mutations caused by colibactin have an impact on carcinogenesis. In colon cancer, mutations in the tumor suppressor APC usually occur first as they tend to confer independence of certain growth factors. In fact, the Max Planck team noted that, amongst the mutated genes showing a colibactin signature, the APC gene was frequently affected. ‘This strongly corroborates the causative role of colibactin in colon cancer’, Meyer says and continues; ‘the new data urge for a rethinking on the use of colibactin-producing E. coli bacteria as probiotics. Still, we need to learn more about the physiological conditions, under which colibactin-producing bacteria could cause mutations and whether only certain people and age groups are affected.’ Interestingly, other bacteria were also shown to carry the genomic island responsible for colibactin synthesis, or produce other genotoxins that cause cancer-promoting mutagenesis. This opens new avenues of research into the interaction of the microbial genotoxins and epithelial cells and their role in carcinogenesis.

The study, initially presented in the preprint repository of bioRxiv last October and now published in Nature Medicine, was performed in collaboration with scientists at the University of Helsinki, the Karolinska Institute Stockholm and the Institute for Research in Biomedicine Barcelona.