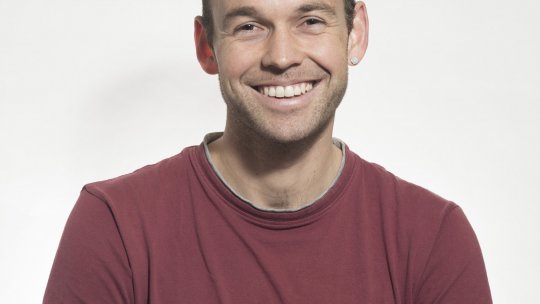 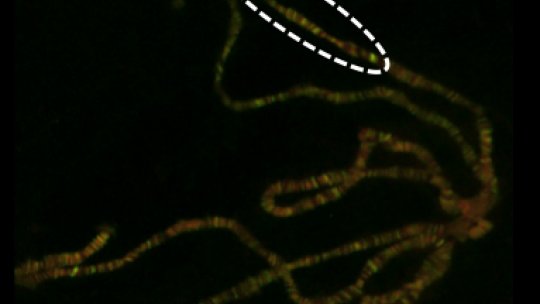 A study done on fruit flies and published in Nature Communications reveals that the protein dDsk2, in addition to degrading proteins, also plays a key role in regulating gene expression.

This protein is also present in humans and is known to be mutated in several neurodegenerative diseases, including Alzheimer’s. But the mechanism by which these mutations contribute to the development of disease remains unclear.

IRB Barcelona is to start a study to examine the relationship between dDsk2 mutations and neurodegenerative diseases.

Until today, the proteins known as ubiquitin receptors have been associated mainly with protein degradation, a basic cell cleaning process. A new function now described for the protein dDsk2 by the team headed by Ferran Azorín, group leader at the Institute for Research in Biomedicine (IRB Barcelona) and CSIC research professor, links ubiquitin receptors for the first time with the regulation of gene expression. This discovery, published today in Nature Communications, opens up a double scenario, one focused on basic epigenomic research and the other biomedical, because of the link between dDsk2 and neurodegenerative diseases.

Ferran Azorín, head of the “Chromatin structure and function” group says, “although previous data pointed to the possibility of ubiquitin receptors also contribute to cell processes, data were scarce and a direct role in gene regulation had not been demonstrated."

“Ubiquitination related to transcription proteins and to DNA repair had previously been described. But this is the first time that a protein, dDsk2, that recognises the ubiquitination of a histone, a protein that forms part of chromatin, has been identified.” Chromatin is a complex formed by DNA and histones —proteins tightly bound to DNA— packaging it into chromosomes and determining gene expression, a process known as epigenetics.

Recent years have brought about the discovery of the fundamental contribution of epigenetics to the development of disease. "We have now opened a new perspective for ubiquitin receptors and we should further this research”, explains Roman Kessler, a Swiss “la Caixa” PhD fellow at IRB Barcelona and first co-author of the paper. In the study, the researchers also reveal the molecular mechanism through which the protein dDsk2 binds to chromatin proteins, thus participating indirectly in the regulation of transcription.

The protein in neurodegenerative diseases

Subjects with Alzheimer’s disease and other neurodegenerative pathologies such as Huntington’s, have a mutation in the protein ubiquilin, the homologue of dDsk2 in humans.  “The role of these mutations in the onset and development of disease is still unknown,” says Johan Tisserand, postdoctoral research and co-author of the study who is continuing with the project. “Now that we have discovered this new function, we aim to study whether it affects degradation or transcription, although probably both processes are altered. Our goal is to work towards unravelling these effects,” concludes Ferran Azorín. The new studies will be performed on Drosophila melanogaster and in cells in vitro.