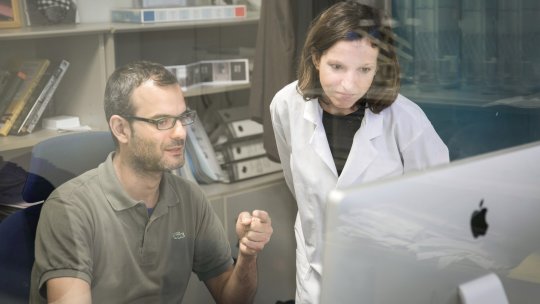 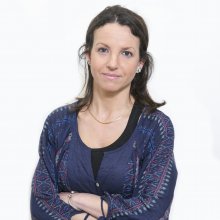 •    By inhibiting mitochondrial translation with commonly used antibiotics such as doxycycline or chloramphenicol, tumour cell invasion and spread are significantly reduced.

•    Headed by the German Cancer Research Center and involving scientists at IRB Barcelona, the work is published today in the journal Nature.

Metastasis is the invasive spread of cancer from the primary tumour to other vital organs and it causes 90% of deaths related to this disease. For this expansion to take place, cancer cells have to survive unfavorable conditions, such as lack of oxygen and nutrient shortages, which they do by adapting their energy production.

IRB Barcelona scientists Dr. Salvador Aznar Benitah and Dr. Gloria Pascual have participated in a study led by Dr. Michaela Frye at the German Cancer Research Center (Deutsches Krebsforschungszentrum, DKFZ), which has revealed that the protein NSUN3 is key to the metabolic plasticity required by metastatic cells.

"Metastasis is a highly energy-demanding process and, therefore, the cells that trigger it have to show very efficient fat metabolism," explains Dr. Aznar Benitah, ICREA researcher and head of the Stem Cells and Cancer laboratory at IRB Barcelona. "Although additional studies are necessary, this discovery is very encouraging because it opens a new avenue for the possible treatment of metastases," he adds.

“The importance of mitochondrial RNA modifications was previously studied in certain metabolic diseases. But we now show for the first time that there is a direct link between mitochondrial tRNA modifications and the invasive spread of cancer," says Dr. Frye, head of the Mechanisms Regulating Gene Expression lab at DKFZ.

The production of components of the respiratory chain is tightly regulated by specific machinery in the mitochondria, and NSUN3 is pivotal in this process. This study reveals the key role of mitochondrial protein synthesis in metastasis.

Indeed, treatment with antibiotics such as chloramphenicol and doxycycline reduced the invasive spread of cancer cells. Antibiotic administration also reduced the number of lymph node metastases in a mouse model.

The team led by Dr. Frye discovered that a specific chemical modification found in mitochondrial tRNA, known as "m5C" (5-methylcytosine), is necessary for the development of metastasis. The m5C modification increases mitochondrial protein synthesis, which in turn boosts the production of respiratory chain components. Consequently, the cell increases its energy reserve to fuel demanding cellular processes, such as the spread of cancer cells from the tumour.

In contrast, cancer cells lacking m5C obtain their energy through a comparatively less efficient mechanism called glycolysis and have limited ability to spread metastatically. The researchers demonstrated this using human tumours grown in mice. However, cell viability or growth in the primary tumour was not affected by the loss of m5C.

RNA-modifying enzyme as a biomarker for metastatic tumours

A specific enzyme, the methyltransferase NSUN3, is responsible for the m5C RNA modification. When the scientists switched NSUN3 off, mitochondrial tRNA was less modified and the invasive spread of the cancer cells decreased.

The inhibition of the enzyme NSUN3 emerges as a promising way to slow down metastasis because it is solely responsible for the metastasis-promoting m5C RNA label. However, the potential long-term side effects of blocking mitochondrial protein synthesis must first be further explored.