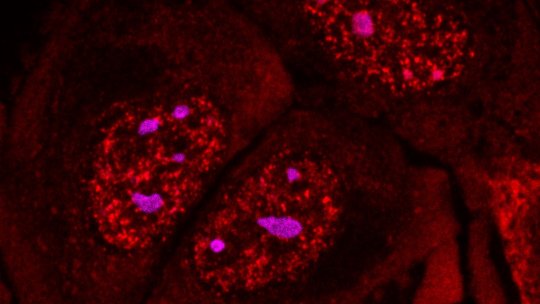 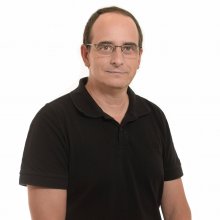 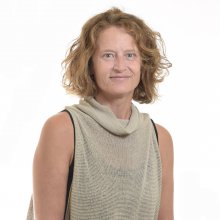 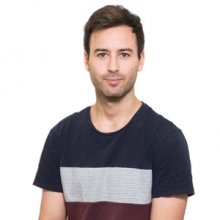 Cellular stress can be caused by various factors, such as an osmotic imbalance, ultraviolet radiation, chemical agents, etc. Cells have a series of mechanisms to tackle this damage and restore their physiological state. Under normal conditions, the problem is resolved in a short period of time and the cell proceeds with its normal cycle.

However, if the stress occurs precisely when genetic material is being duplicated through the process of cell division, it has the potential to be much more damaging, causing mutations, genomic instability, and cell death. In this regard, two types of machinery working on DNA, namely the one responsible for DNA duplication and the one that "reads" certain genes to generate a stress response, can collide and generate DNA mutations.

IRB Barcelona's Cell Signaling lab, led by Dr. Francesc Posas and Dr. Eulàlia de Nadal, has described a mechanism that temporarily slows down DNA duplication until the stress situation has been resolved, thus minimising damage to the genome. In brief, the researchers have detailed how the p38 protein activates the Claspin protein which, in turn, slows down the duplication of DNA and thus protects this genetic material.

“When a situation of stress occurs, many genes need to be turned on simultaneously to achieve a response to solve the problem, and that is when a conflict with cell division arises. The mechanism that we have discovered protects the genome by preventing additional damage,” explains Dr. Posas.

Previously described in other organisms

The mechanism described in this work, which had been published in the journals Nature and Nature Communications, had already been observed by researchers from the same laboratory in the yeast Saccharomyces cerevisiae. In this yeast, it is the Hog1 protein (p38 in mammals) that activates Mrc1 (Claspin), thus stopping DNA duplication during stress situations.

“The fact that this mechanism has been conserved over the evolution of species, from yeast to mammalian cells, highlights its crucial importance for the survival of organisms,” concludes Dr. De Nadal.

Chemotherapy is used to treat cancer, but such treatments are known to also damage healthy cells, thereby subjecting them to stress. In brief, cisplatin, one of the drugs commonly used for chemotherapy, predominantly attacks cancer cells, which are dividing at a faster rate than healthy cells. However, it is also harmful to other cells in the body. The researchers have revealed how the mechanism described in this study also protects the cell from genetic damage caused by cisplatin.

The study has been conducted in collaboration with the laboratories headed by Juan Méndez at CNIO, and Raimundo Freire at the Universidad de La Laguna and the Universidad Fernando Pessoa, both of which are in the Canary Islands.