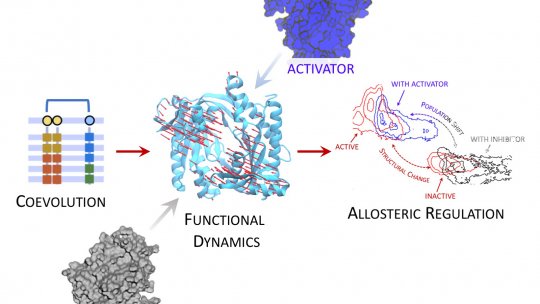 Coevolution drives the exploration of functional space in biomolecular regulations. 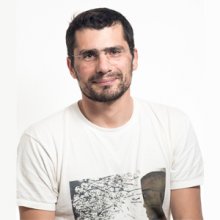 The study describes a surprisingly simple ON/OFF regulation for adenylate cyclase, a key enzyme involved in the regulation of many cellular processes.

The work has been published in the journal Science Advances.

Cellular processes are regulated through the balance between different protein shapes that confer active or inactive functions to these molecules. In the complexity of cellular regulations, the preferred shape (or conformation) of a protein often depends on the binding of another molecule (called effector), thus implying that the same protein can exert distinct functions depending on the effector it binds to. At the molecular level, protein functions thus translate into protein dynamics, which is key for the development of all cellular processes, from cell division to energy provision and cell fate determination.

Researchers led by Dr. Modesto Orozco in the Molecular Modelling and Bioinformatics lab at IRB Barcelona have developed a new computational procedure that allows the discovery and quantification of functional protein shapes, thus enabling the molecular details of cellular processes to be revealed. This work focuses on the proteins under allosteric regulation, meaning that the change in their shape happens in a region distant from the binding site of the effector.

Using this method, the scientists have studied the regulation of adenylate cyclase (AC), a key enzyme involved in the control of a variety of cellular processes, including mediating the effects of a number of hormones and regulating energy metabolism. The work has revealed a surprisingly simple ON/OFF regulation of AC functional dynamics.

“The approach we propose can be used to better understand the regulatory process of potentially any cellular pathway under allosteric regulation (which is most of them) and has far-reaching consequences for pharmaceutical and biotechnological applications,” explains Dr. Orozco, also a senior professor of the Faculty of Biology at the University of Barcelona.

The newly proposed approach is based on previous work by the Molecular Modelling and Bioinformatics lab focused on co-evolutionary information. Multiple sequence alignment can be used to track the evolutionary history of a protein, and co-evolved amino acid positions can be detected and this information can then be used to fuel the search of native and alternative protein structures.

“Our work leverages co-evolutionary information to reduce the complexity of all possible shapes available in protein-protein regulations, thereby reducing noise and centering our attention on only few functional shapes, which we can thus quantify,” says Dr. Francesco Colizzi, first author of the study.

This research received funding from the European Union’s Horizon 2020 Framework Programme for Research and Innovation, the BioExcel Center of Excellence, the Government of Catalonia and the Spanish Ministry of Science and Innovation.