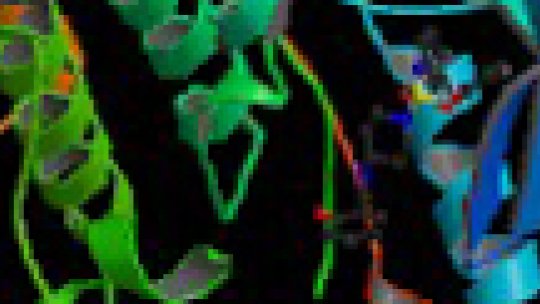 A study, led by researchers at Harvard University, and in which researchers from the Institute for Research in Biomedicine have collaborated, has raised questions about the possible therapeutic effects of inhibitors of protein kinase p38alpha during inflammation. The study, which modelled inflammation in skin cells, showed that p38alpha exerts different inflammatory effects depending on the cell type in which it is expressed and the stimulus eliciting its activation. The research appears this week as an advance online publication in Nature Immunology.

Antonio Celada: "Protein kinase p38alpha plays a role in both the pro-inflammatory and anti-inflammatory phases, indicating that new targets may need to be sought in order to treat inflammation."

Co-author of the study, Antonio Celada, head of the Macrophage Biology group at IRB Barcelona and professor at the University of Barcelona, explains that “protein kinase p38alpha plays a role in both the pro-inflammatory and anti-inflammatory phases, indicating that new targets may need to be sought in order to treat inflammation.”

Inflammation is a response of the immune system to any external agent, such as infectious molecules, traumas, injury cased by ultraviolet rays, chemicals, etc.  Inflammation has a pro-inflammatory – or destructive – phase where germs are eliminated, and an anti-inflammatory – or constructive – phase, where healing takes places. When uncontrolled, inflammation can be chronic and lead to serious conditions, such as rheumatoid arthritis, psoriasis, multiple sclerosis, cardiovascular disease, and even cancer or diabetes.

Inflammation involves different types of cells, which must be activated in order to carry out their functions. These cells are activated by molecules which bind to receptors on the cell surface, switching on or off the genes that tell each cell what to do. Protein kinase p38alpha is one of the molecules involved in these signalling events, and is responsible for activating an important regulatory mechanism, called phosphorylation.

The collaboration between the groups of Antonio Celada at IRB Barcelona and Jin Mo Park at Harvard has led to the publication of other articles on inflammation. A previous study, Selective roles of MAPKs during the macrophage response to IFN-gamma by Valledor, Sanchez-Tillo, Arpa, Park, Caelles, LLoberas &  Celada, was published earlier this year in the Journal of Immunology of the American Association of Immunology.