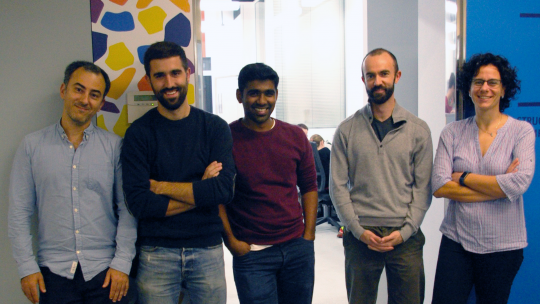 In the picture, Núria López-Bigas and the team that published the study in Nature Genetics 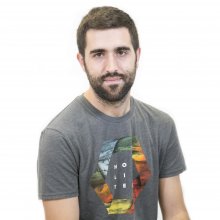 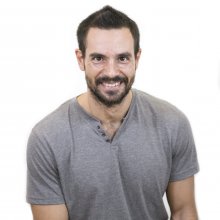 A study published by IRB Barcelona in Nature Genetics demonstrates that the error (mutation) surveillance and repair system shows greater efficiency in the protein-coding regions of genes.

Error surveillance and repair mechanisms during DNA replication do not show the same competence in all regions of the human genome. Scientists headed by ICREA researcher Núria López-Bigas at the Institute for Research in Biomedicine (IRB Barcelona) reveal that the mechanism that repairs errors in DNA is more efficient in the regions of genes that hold information for the production of proteins.

The basic structure of genes is divided into exons and introns. The former hold the genetic sequences required to synthesise proteins, while most of the sequence of the latter hold less important information. Exons do not vary much between species, that is to say, they are similar between humans, mice and worms, for example. The accepted scientific explanation for this similarity is that exons are critical regions for the viability of an organism and therefore many mutations lead to lethal phenotypes and are therefore not observed.

“Negative selection is a key factor responsible for conserving exons between species, but we now know it is not the only factor. We demonstrate for the first time that exons hold fewer mutations than other regions because these regions are repaired more effectively” explains Núria López-Bigas, head of the Biomedical Genomics lab.

When DNA is copied, the molecule called polymerase—responsible for replication—places one nucleotide after the other in the sister sequence following the original sequence, but from time to time the wrong nucleotide is incorporated, thus causing an error. These errors can be corrected by the DNA mismatch repair machinery.

The researchers analysed colorectal tumours in which the polymerase carries a mutation, converting it to an error-prone polymerase. For this reason, these tumours contain a large number of mutations. By comparing the proportion of mutations in exons and introns, these scientists revealed that the former carry far fewer than what would be expected.

So they then went on to study the genomes of a type of paediatric brain cancer characterised not only by a mutated polymerase—like in the tumours previously examined—but also by an inactivated repair system. They observed that the number of mutations in the exons of these tumours was as high as that expected.

“The repair mechanism ensures that mutations do not accumulate in the genome, particularly in exons,” explains Joan Frigola, PhD student and first author of the article together with postdoc Sabarinathan Radhakrishnan.

The scientists now have a clue as to the mechanism that makes the repair machinery in exons more efficient than in introns. This higher efficiency, they say, lies in exons having a very high content of a specific mark, H3K36me3, which allows greater recruitment of repair proteins to exons, thus making the repair process more efficient.

“Our repair machinery “knows” that it must focus on the most important regions of the genome. This point should be taken into consideration when studying DNA mutation and repair processes and in studies on evolution, whether in tumours or species,” López-Bigas says.

The lab headed by López-Bigas began this research at the Pompeu Fabra University and completed it at IRB Barcelona. The study has been funded by the European Research Council (ERC), the UE’s H2020 Programme, the Ministry of Economy and Competitiveness/European Regional Development Funds, and the Fundació La Marató de TV3.

Reduced mutation rate in exons due to differential mismatch repair