Discovery of the genetic fingerprint of aggressive colon tumours 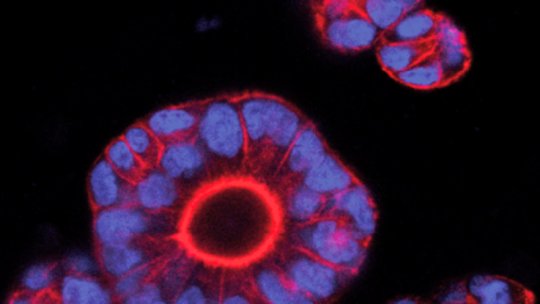 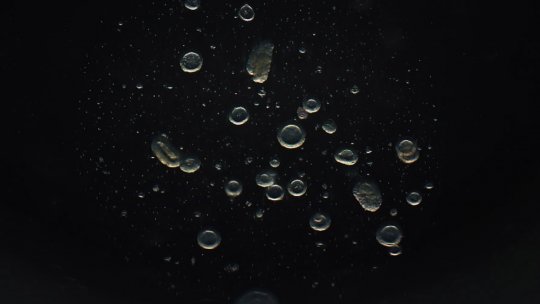 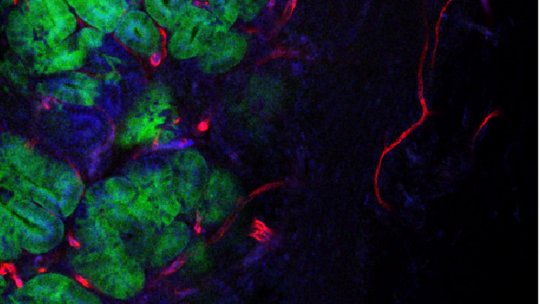 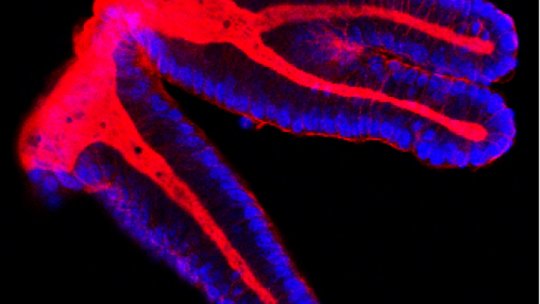 A study published in Nature Genetics by researchers at IRB Barcelona explains the basis for the classification of colon tumours in good or bad prognosis by analysing the tissue surrounding the tumour cells.

The scientists are currently developing a test that enables the identification of patients at risk of relapse after surgical removal of the tumour by measuring 4-6 genes expressed by the tumour microenvironment.

The researchers also propose to test in patients a particular drug that blocks the metastatic capacity of colorectal cancers in mice.

This drug has been tested using novel technology that allows the growth of mini colon cancers, also known as organoids, derived from patient samples.

About 40–50% of all colorectal patients relapse in the form of metastasis. In the last three years, several molecular classifications have been proposed to identify colorectal cancer patients at risk of relapse. Today in Nature Genetics, scientists headed by ICREA researcher Eduard Batlle at the Institute for Research in Biomedicine (IRB Barcelona) explain why these classifications work and reveal, in fact, that they can be simplified and improved by looking exclusively at the genes that are expressed in the tissue around the tumour, known as the stroma or tumour microenvironment.

“We have re-evaluated the classifications under our perspective and confirmed that colon cancer relapse occurs in patients in which tumour cells have the capacity to disrupt the tissue surrounding the tumour,” explains Eduard Batlle, head of the Colorectal Cancer Laboratory at IRB Barcelona. The team of scientists have examined the genetic profile of around 1,000 tumours from patients all over the world. “The conclusion is indisputable. The key to the classifications lies in whether the stroma of the tumour is altered or not and it is this property that confers malignancy to colon tumours. Patients with unaltered stroma are essentially cured after surgery.”

This new approach to addressing different types of colon tumour will soon have a practical application for doctors. On one hand, the scientists demonstrate that tumour cells communicate with the stroma through the hormone TGF-beta and that metastasis could be prevented in these patients by interfering with this communication. “We propose exploring the possibility of using TGF-beta inhibitors to treat colon cancer”. Several TGF-beta inhibitors are being tested for other kinds of tumours. “The data are impressive. It would be most pertinent for oncologists and pharmaceutical companies to come to an agreement in order to start clinical assays in patients with poor prognosis colon cancer” says Alexandre Calon, postdoctoral researcher and first author of the article. To test the use of these inhibitors, the scientists at IRB Barcelona have developed technology that allows them to grow mini colon tumours in vitro, also known as organoids, from samples taken from patients. “These organoids reproduce the behaviour of the original tumour and are therefore a powerful tool for personalised cancer treatment,” explains Batlle.

Furthermore, the IRB Barcelona researchers are very close to achieving a diagnostic test named Colostage to identify those patients at the greatest risk of a relapse in the form of metastasis. “By focusing on the genetic programme of the tissue surrounding the tumour we can identify the vast majority of patients that will experience relapse. This would allow better discrimination of which patients to treat and follow up, as the use of radiotherapy or chemotherapy would benefit only this group” ensures the researcher. In addition, this test will help identify those patients more likely to benefit from the use of TGF-beta inhibitors in clinical trials.

The study has involved collaboration with physicians at the Hospital del Mar, scientists at the Universidad Autónoma de Barcelona, and, in house, with the chemistry lab of Antoni Riera and the bioinformatics and biostatistics platform of IRB Barcelona, which designed the biostatistical analysis of the tumours. The work has been supported by funding from the Fundación Josef Steiner, the Ministerio de Economía y Competitividad, with fellowships from the Fundación Olga Torres and the Asociación Española Contra el Cáncer (AECC), and supported by Fundación Botín, who are also actively participating in the development of the Colostage test, and Banco Santander through its “Santander Universities Global Division”.