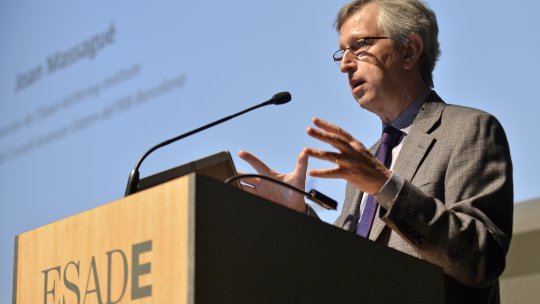 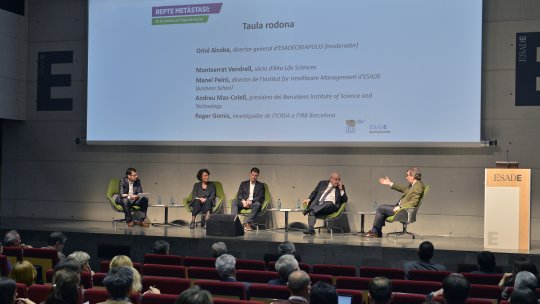 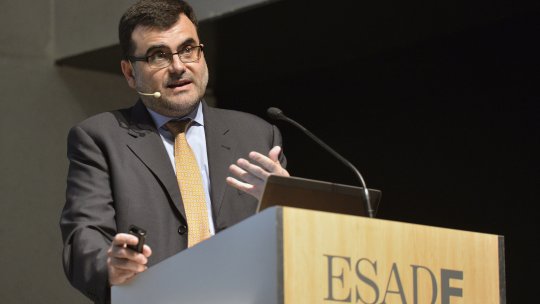 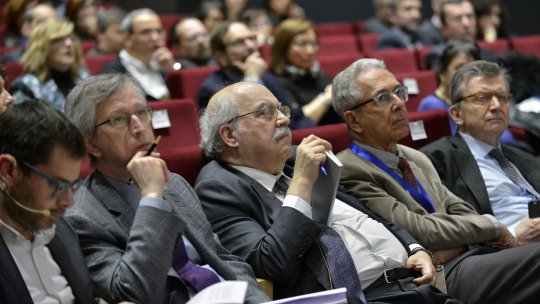 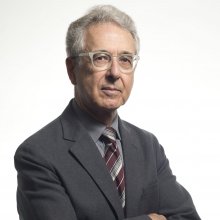 High-ranking figures from the business and innovation sectors attended an event organised by IRB Barcelona and ESADE with the aim to highlight the importance of uniting all sectors of society against metastasis.

In an event held last night at ESADE, the scientist Joan Massagué called on the business and innovation sectors to manifest commitment to the fight against cancer metastasis.  “We have brought metastasis out of the darkness. Now everyone else should get involved, political, social and economic agents, patients’ associations, philanthropic organisations, and society at large, to speed up research into metastasis and achieve a real impact”. The director of the Sloan Kettering Institute of New York and international reference in cancer research closed the event "Metastasis challenge: from research to social impact", which was organised by the Institute for Research in Biomedicine (IRB Barcelona) and ESADE Business School and chaired by the deputy director of ESADE, Francisco Longo, and the director of IRB Barcelona, Joan J. Guinovart.

In the opening session, Franscisco Longo drew attention to the social magnitude of the problem posed by metastasis, a process that causes 90% of deaths from cancer. "At ESADE we are acutely aware of the socioeconomic importance of the health sector in the three areas of our mission, namely research, training and social debate. This event, which is focused on the challenge posed by metastasis, reflects our commitment to the global social goal of improving public health," said Franscisco Longo.

Joan J. Guinovart thanked ESADE for "this fantastic opportunity for different sectors with common interests to share their impressions". At IRB Barcelona, more than 150 scientists are using different approaches to tackle metastasis—the process by which a primary tumour spreads to distant organs. "We are making relevant contributions to the field, and we are convinced that we are at an unprecedented moment to make decisive breakthroughs," explained the director.

Roger Gomis, Salvador Aznar Benitah and Eduard Batlle, ICREA researchers at IRB Barcelona, presented the most recent findings made by their respective labs, including breakthroughs in the origin of metastases, where and when they develop in function of the original tumour, and how to prevent and treat them with therapies such as immunotherapy. Eduard Batlle, who is also a CIBERONC member, said, "We are starting to really understand metastasis and so we are closer to halting this process, to turning it into a condition that can be treated. The only way to move forward is through basic research".

The central part of the event was a round table on tech transfer and innovation involving the following people: Montserrat Vendrell, partner of Alta Life Sciences; Manel Peiró, director of the Institute for Healthcare Management at ESADE Business School; Andreu Mas-Colell, president of the Barcelona Institute of Science and Technology (BIST); and Roger Gomis, founder of the IRB Barcelona spin-off Inbiomotion, a company devoted to the development of biomarkers to predict bone metastases. Oriol Alcoba, director general of ESADECREAPOLIS, chaired the session.

The closing talk by Joan Massagué, chair of IRB Barcelona’s External Advisory Committee and member of BIST’s Board of Trustees, clearly conveyed the key message of the event: "Believe me: basic research is the pillar of future treatments".