Salvador Aznar Benitah receives an award for his research on cancer 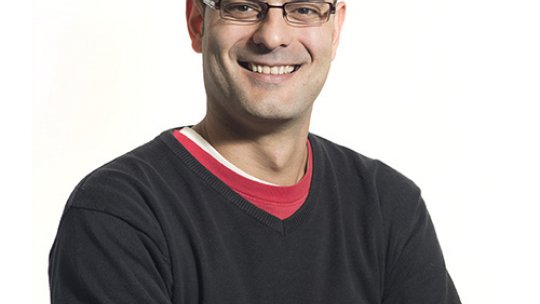 Salvador Aznar Benitah, ICREA researcher and group leader of the Stem Cells and Cancer Laboratory at IRB Barcelona, has been awarded the National 'Doctores Diz Pintado 2016' Cancer Research Prize. This distinction has been given in recognition of Salvador Aznar’s contributions to transferring knowledge from basic research to clinical research.  The award coincides with the recent publication of his study in Nature, which has identified the cells responsible for initiating and promoting metastasis in several types of human tumour.

The research developed by Salvador Aznar Benitah is mainly basic; however, it pursues clinical application thanks to the combination of several methodologies that allows systematic study of the molecular mechanisms underlying tumour growth.

His research group aims to characterize the molecular pathways that regulate the behaviour of normal stem cells during homeostasis and to determine how they become deregulated during carcinogenesis and ageing.

On 28 January, in an academic ceremony organised by the University of Salamanca on the occasion of the day of “Saint Thomas of Aquino”, Salvador Aznar Benitah will be presented with the VI National 'Doctores Diz Pintado' Cancer Research Prize.

This is the second time an IRB Barcelona’s researcher has won this award. Eduard Batlle, coordinator of the Oncology Programme at IRB Barcelona and head of the Colorectal Cancer Laboratory at the same institute, received it in 2014.