Landscape of molecular contacts: How the corona virus SARS-CoV-2 communicates with human cells 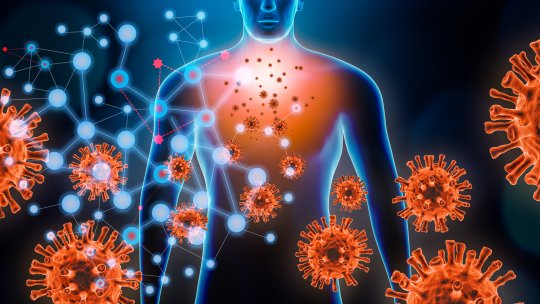 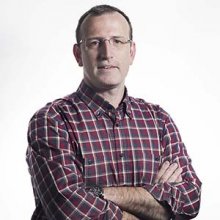 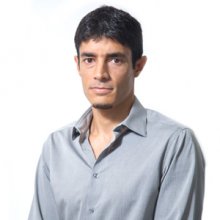 What exactly are the molecular interactions between the virus causing COVID-19 and its human host? How might our genetic differences cause different disease courses? And how do still-emerging virus variants differ in their host-virus interactions? To get to the bottom of these questions, an international team of researchers, including scientists at IRB Barcelona, has generated a systematic map of molecular contacts between the SARS-CoV-2 virus and its human host.

Scientists at the Structural Bioinformatics and Network Biology lab, headed by ICREA Research Professor Dr. Patrick Aloy, at IRB Barcelona, have contributed to the work by analysing the network of interactions between the virus and human cells. They discovered that many viral proteins show a binding preference for specific structural domains, which are present in a variety of human proteins.

“Thanks to our expertise in structural biology, we were able to add a structural layer to the contact network and thus provide valuable insight,” says Dr. Carles Pons, research associate in the same lab.

“A better understanding of the interactions of the virus with our cells is key to pharmacologically preventing them. Indeed, this consortium has already successfully tested a few compounds for this purpose. Further studies will now focus on assessing how the genetic variability of the human hosts affects these interactions," explains Dr. Aloy.

In contrast to previous large-scale studies on protein-protein associations, now the direct protein contacts between virus and host could be precisely identified. “To really understand the mechanistic connections between virus and host, we need to know how the parts fit together,” says Dr. Frederick Roth, Professor at the University of Toronto’s Donnelly Centre and Sinai Health (Toronto, Canada).
Taking a closer look at this newly-revealed set of direct protein interactions (or ‘contactome’), the team found chains of connections between viral proteins and infection-relevant human genes. For example, they were able to trace connections between certain SARS-CoV-2 proteins and human proteins encoded by the genes that have been linked to an increased likelihood of severe COVID-19 in other studies. They also found connections between the viral proteins and genes involved in, for example, metabolic disorders like obesity and diabetes.
“We already know that genetic differences in humans have an important role in the course and severity of a COVID-19 infection,” says Dr. Pascal Falter-Braun, and he continues, “thanks to identification of the molecular contact points, it is now possible to examine the underlying mechanisms.”
Initial insights included a demonstration that important inflammatory signalling pathways are directly activated by the virus. These contacts may help explain the exaggerated inflammatory reaction that plays a major role in severe cases of COVID-19.
However, the protein-protein contacts not only point to impacts on the function of human cells and the human immune system, but also on the function of SARS-CoV-2, including the rate at which the virus replicates.
The interaction of virus and human cells can be thought of as a visit of the virus to a restaurant: The guest – the virus – initially has contact with only the waiter, but subsequently, the waiter goes to the kitchen, communicates the order to the chef, and the virus again gets an answer, in this example the meal, which in turn affects the virus. Depending on which proteins in the human cells – that is: waiter, chef, kitchen assistant, etc. – encounter which proteins of the virus, the infection and immune reaction can turn out differently.
“Because of this mutual influence of protein-protein connections, our systematic contact map points to many potential drug targets,” says Dr. Falter-Braun. The scientists have already been able to confirm, for example, that the human protein USP25 is recruited to help certain viral process and that its inhibition significantly reduces the multiplication of the virus.
"Many of the technologies and collaborations in this study were developed for other purposes, then quickly 'pivoted' to the COVID-19 pandemic, highlighting the value of fundamental research investments,” says Dr. Dae-Kyum Kim, a lead author who began this work at Sinai Health (Toronto) and continued it as an Assistant Professor at the Roswell Park Comprehensive Cancer Center. To this end, they first had to put in some effort and use the latest technology, because charting the contact map was at times like solving a huge puzzle for the international team of researchers. The scientists systematically examined and displayed the interactions of around 30 viral proteins, each with ~17,500 human proteins in so-called assays, interrogating 450,000 protein pairs.

By hand, one would never have managed this achievement in such a short time. “We resorted to robotics when testing the individual plates each with multiple assays so that each protein type was automatically paired with another. And we had artificial intelligence methods do the initial evaluation of whether interactions occurred or not," Dr. Falter-Braun says.

Such a mammoth project required a team effort. “From molecular biology methods to computational analysis of networks and protein domains, to expertise in virology and innate immunity, we collaborated across disciplines,” says Dr. Falter-Braun. “Our expertise in virus-host interactomics combined with RNA viruses biology, enabled assessing the virus’ dependence on host direct partners,” says Dr. Caroline Demeret from the Institut Pasteur.
The researchers believe the effort was worth it. The contactome map will serve as a platform for the scientific community to study individual interactions in more detail and to understand their impact on molecular mechanisms and clinical progression, and thus uncover starting points for new therapeutic strategies.