Stephan-Otto: “In the near future, there’s going to be one biostatistician in every biomedical laboratory” 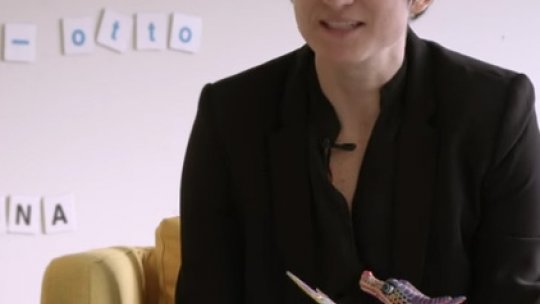 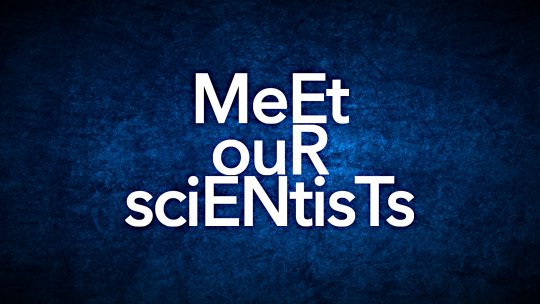 Camille Stephan-Otto Attolini, who holds a PhD in Biomathematics, heads the Biostatistics and Bioinformatics Core Facility at IRB Barcelona.

The “Meet Our Scientists” video “Deciphering the bytes of life” explains her work and shows us the personal side of this scientist.

Camille Stephan-Otto Attolini (Mexico, 1978) knows one thing for sure: biostatistics in the health sciences is here to stay. When applied to biomedicine, this discipline can help to explain complex biological phenomena, to design robust experiments, and to make medical predictions. Manager of the Biostatistics and Bioinformatics Unit at IRB Barcelona since 2013, Camille joined the institute after two postdoctoral periods, one in Leipzig, Germany, and the other at the Memorial Sloan Kettering Cancer Center in New York, where she started applying maths to biomedicine.

“When I was a kid, I used to say that I wanted to cure cancer; I am not that naïve anymore. My background is pure maths but I moved into biology and statistics, trying to make a more direct impact in society,” she explains in “Deciphering the bytes of life” (3.10). This is the fifth video in the series “Meet Our Scientists”, an initiative launched by the Institute to bring science closer to the public and featuring the very scientists that run the labs and core support facilities.

These days it is difficult to find a scientific article on biomedicine that does not include statistical methods. As Camille Stephan-Otto says, “In the near future, there’s going to be at least one biostatistician or bioinformatician in every biomedical laboratory. They are going to be the bridge between the experimental data, the biology and the statistical methodology.” And judging from the employment market, this need is real. “Data analysts are among the most well paid positions and competition between the best research groups worldwide to recruit skilled biostatisticians reflects this,” wrote Stephan-Otto in an article published in La Vanguardia in 2013. “Exciting times,” she then said.

In recent years, the capacity to gather and store colossal amounts of biomedical data has not stopped growing. Mass genome sequencing is now commonplace in hospitals and research centres across the globe. This immense ocean of information calls for people able to translate, analyse, and interpret it in order to make sense of it. “There are questions that are very clear that generate data that are quite straightforward to analyse,” explains Stephan-Otto. But it is not always like this. Many studies involve samples and very large amounts of data or pose a question that is complicated to address. “It’s then that we have to develop new methodology and keep collaborating with researchers from the very start of their projects,” Stephan-Otto goes on to say.

The Biostatistics and Bioinformatics Core Facility at IRB Barcelona has four members of staff working, who work on projects related to various diseases and that involve several technologies. Stephan-Otto highlights a study on diabetes, among others, that seeks to identify differences between healthy and diabetic subjects. Other projects focus on cancer, aiming to find, for example, the genetic signatures that can elucidate tumour progression and thus help in the diagnosis and choice of posterior treatment.

A feature of the “Meet Our Scientists” videos is the personal belonging that each researcher brings along. Camille Stephan-Otto has a very special companion with her, and comments, “it is powerful, brave and particularly creative—all characteristics that you need to do science and to live in general.”

Watch the video “Deciphering the bytes of life”   (Subtitles available in Spanish, Catalan and English)