The absence of a single mitochondrial protein causes severe inflammation 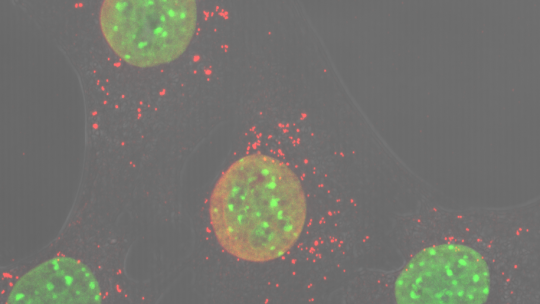 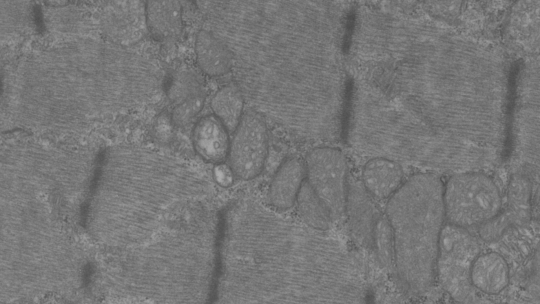 A study performed at IRB Barcelona supports the notion that mitochondrial defects underlie a set of diseases of unknown origin that involve chronic muscle inflammation.

The link between mitochondria and inflammation is still unclear. But it is known is that, for example, the accumulation of defective mitochondria, which should have been removed, causes inflammation. Scientists at the Institute for Research in Biomedicine (IRB Barcelona) headed by Antonio Zorzano, also full professor of the University of Barcelona and researcher in the CIBERDEM programme, now demonstrate that the removal of a single mitochondrial protein in mouse muscle leads to severe inflammation throughout the body, causing the premature death of the animal. This study has been published today in the EMBO Journal.

Opa1 is a mitochondrial fusion protein. It serves to fuse the internal membranes of mitochondria. Although present in all cells and tissues (except red blood cells), mitochondria are particularly abundant in muscle and liver, and their main function is to convert the energy in food into energy for cells. Mitochondria are highly dynamic; they join and separate, and grow and shrink constantly. These processes are known as mitochondrial dynamics.
Mitochondrial dynamics is one of the research lines addressed in Antonio Zorzano’s Complex Metabolic Diseases and Mitochondria Lab. To study this process, the scientists examine the proteins involved in mitochondrial membrane fusion, namely Mitofusin 1 and 2, and Opa1.

Authored by 24 researchers from various centres and involving a significant contribution by Aida Rodríguez-Nuevo, Angels Díaz-Ramos and Eduardo Noguera from Zorzano’s lab, this study focuses on the protein Opa1. To examine its functions, the researchers generated a mouse deficient in Opa1 only in skeletal muscle. "It was surprising to see how small they were and that they died after only a few months," explains Zorzano.

"This is the first time that we’ve seen that the lack of a muscle mitochondrial protein triggers an inflammatory response of this magnitude, and these observations give us further information on the relation between mitochondria and inflammation," says Zorzano.
The head of the study explains that these results are of biomedical relevance. There is a set of diseases known as inflammatory myopathies, of unknown origin, in which patients show chronic muscle inflammation accompanied by muscle weakness. "The results of this study suggest that mitochondrial alterations may underlie inflammatory myopathies. More research is now needed to address this possible link," says the scientist.