“Cell damage is happening in our bodies all the time” 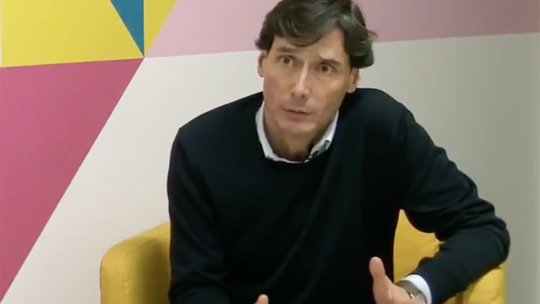 Manuel Serrano, head of the Cellular Plasticity and Disease laboratory at IRB Barcelona 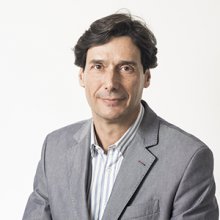 Manuel Serrano, ICREA researcher at IRB Barcelona, is the subject of the next video in the Meet Our Scientists series: “Killing zombie cells”.

In the video, Serrano talks about the work undertaken in his lab to find compounds that can remove damaged cells from the body.

The molecular biologist Manuel Serrano (born in Madrid, 1964) is the head of the Cellular plasticity and Disease Lab at IRB Barcelona. With a team of 15 people, the lab is devoted to studying how damaged tissues are repaired and to identifying therapies based on regenerative medicine.

“We are constantly exposed to external agents, such as toxins in food and through infections and stochastic damage. Damaged cells do not work properly and can become a problem if they accumulate excessively,” says Serrano.

Supported by the “La Caixa” Foundation, the lab also studies the genes responsible for tumour suppression, which respond to damage and protect cells against cancer.

Sometimes damage cells are not eliminated and although it is not clear why this occurs, sometimes it is because the damage is chronic or is caused by aging.

“The problem with damage cells that not eliminate is that they can remain in our tissues for a long time and constantly produce an inflammatory response,” explains Serrano. These cells that don’t work and that should have been eliminated are referred to as zombie cells, and they are harmful for the tissues in which they accumulate. Eliminating them pharmacologically poses a challenge for science.

In the video, Manuel Serrano shows the mug that he has kept from Cold Spring Harbor Laboratory—the lab where he did his postdoctoral work and which he considers launched his scientific career: “While I was there I discovered the suppressor gene called P16, which plays a key role in regulating the cell cycle. This discovery marked my later career as a scientist,” he says.

"Meet Our Scientists" is a series of short videos presenting the leaders of the research at IRB Barcelona. The main objective of the series is to show the vision, passion, character and talent of the scientists working at the centre, as well as to disseminate biomedicine.