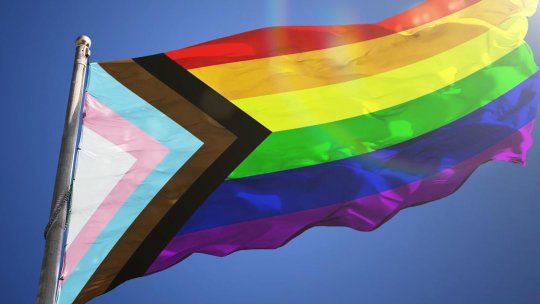 On 28 June each year, marches, which are becoming increasingly more festive,  are held around the world under the slogan "Gay Pride" or "LGTB Pride". When they first started, these marches called for defence of people’s dignity regardless of their sexual orientation or gender identity. At present, an increasing number of countries have legislation aimed at improving the situation of these groups that have been minorised for many years.

However, there is still much work to be done. For example, homosexual people are still persecuted in many countries merely because of their sexual orientation. In our country, despite having very advanced laws addressing not only equal rights but also homophobia, there is still considerable work to be done on a social level. During the first half of 2021, for example, 77 homophobic attacks were reported in Catalonia (1).

The world of science is no different from the rest of society. Many actions and initiatives have recently been launched with the aim to give space to people who belong to the LGTBIQA + groups. The ultimate goal is to ensure that it is not necessary to make anyone visible so that everyone feels included and has the same opportunities in an organisation. But in a context of perpetuation of actions and ways of doing and organising things that consciously or unconsciously cause discrimination against individuals, measures are needed to reverse this situation.

IRB Barcelona’s Equality and Diversity Committee (EDC) has proposed to start working towards this objective. We know that this is a subject that is not easy to address, simply because of the bias that most of us have because we have been brought up in a cis-hetero-patriarchal model of society. To address this bias, we are launching training sessions for the Committee and for the entire IRB Barcelona community.

On 4 December, 2020, we organised a round table entitled: "LGBTQ + Diversity in Science". We invited Aitor Villafranca (Researcher of Integrated Optics at the Institute of Optics of the CSIC, and founding member and Head of the Education area of ​​PRISMA: Association for Sexual Affective Diversity in Science, Technology and Innovation), Sonia Estradé (Associate Professor of the Department of Electronics of the University of Barcelona (UB), President of the Gender Equality Commission in the Faculty of Physics of the UB, President of the Association of Women Researchers and Technologists in Catalonia (AMIT -cat) and co-head of support and visibility at PRISMA) and Judith Juanhuix (Head of the Life Sciences and Soft Condensed Matter Section of the ALBA Synchrotron, member of various entities and associations, including Chrysallis, Generamos and Trans* forma la Salud).

Chaired by Marta Puerto,  predoctoral student and member of the EDC, the round table was followed by almost fifty people. It was a highly enriching first action and one that left most of the participants wanting to continue talking and delving deeper into the subject.

The EDC is therefore now preparing a second activity related to these issues. In this regard, on 13 July, all its members will be participating in a training session led by PRISMA. This session  will be held jointly with other research centres such as the Barcelona Biomedical Research Park (PRBB) and IDIBELL.

We are aware that we still have many unconscious biases, but we are proud to to embark on the journey to leave them behind.

We encourage you to find out a little more about this subject.

(1) Data from the observatory against homophobia