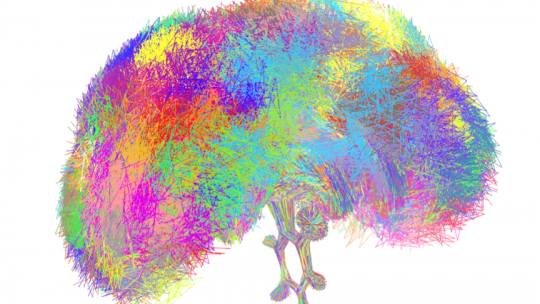 A study done by scientists at IRB Barcelona can simulate and predict the shape of a molecule in function of its environment.

These results mark a milestone for the computational design of molecules with specific shape and features for agrochemical, technological and pharmaceutical applications.

Hydrogen bonds are non-covalent forces resulting from the attraction between a slightly positive hydrogen and another electronegative atom.These bonds can be formed between two distinct molecules or between different moieties within the same molecule, and they are responsible for holding together DNA, proteins, and other macromolecules.

A study led by Modesto Orozco, head of the the Molecular Modelling and Bioinformatics Lab at the Institute for Research in Biomedicine (IRB Barcelona), published in Angewandte Chemies hows that computer simulations can quantitatively reproduce results obtained experimentally on hydrogen bond interactions between two partner moieties located within the same molecule.

Moreover, the simulations can predict the shape of a molecule in function of its environment. These results mark a milestone for the computational design of molecules with specific shape and features for agrochemical, technological and pharmaceutical applications.

In biological systems, hydrogen bonds shape the identity of proteins and nucleic acids and govern their interactions. “Scientists can exploit hydrogen bonds to design drugs with high specificity for a target and also to confer a particular shape or property to a molecule,” explains Orozco, senior professor of the Faculty of Chemistry at the University of Barcelona.

The strength of the interaction of two moieties within the same molecule – similar to a handshake – is determined not only by the distance of the moieties to each other, but also by the environment. This can be the solvent, but also the presence or absence of other molecules in the solvent, a phenomenon called molecular crowding. Observing and quantifying the number of molecular handshakes is “key to understanding the shape and properties of a molecule,” says Francesco Colizzi, postdoc researcher at IRB Barcelona and first author of the study. “But this is a very difficult phenomenon to observe experimentally, especially if you are interested in understanding how the environment affects this molecular handshake,” says Colizzi.

To tackle this issue, Orozco and his team chose to simulate these molecular handshakes using molecular dynamics simulation. Not only were they able to accurately reproduce experimental data, but they went one step further and simulated the influence of different solvent conditions and the molecular crowding that characterises most cellular conditions.

This approach is especially relevant, since most molecules, including drugs, exert their function in an aqueous cellular environment within the human body. “For the molecular system studied here, we found that crowding slowed down the speed of the interaction, but not its strength. So this study provides a "single-interaction” perspective to a variety of biological phenomena such as protein dynamics and drug binding" adds Orozco.

The study was funded by the Ministry of Science, Innovation and Universities, the Catalan Government,and the European Research Council. Francesco Colizzi is funded by a Marie Skłodowska-Curie fellowship.