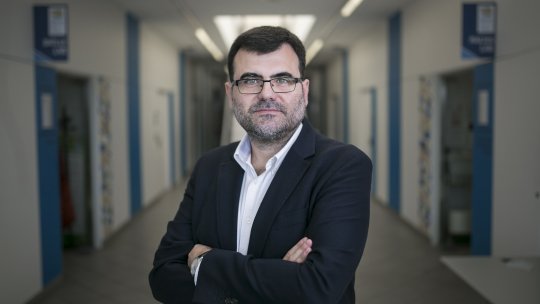 Awards for outstanding creation, research and production developed in Barcelona

The Barcelona City Council has announced the names of the winners of the 2018 Premi Ciutat de Barcelona, the highest accolade bestowed by the city on its citizens. Eduard Batlle, ICREA researcher, group leader and coordinator of the Cancer Science Programme at IRB Barcelona and a CIBERONC member, has been given this prize in the  “Life Sciences” category.

Eduard Batlle receives this institutional recognition for his recent article published in the journal Nature, which describes the discovery of the new mechanism that allows cancer cells to evade detection by the immune system and to form metastases. This finding reveals new approaches through which to increase the success of immunotherapy treatments in advanced stages of certain kinds of cancer.

The award ceremony for the 2018 Premis Ciutat de Barcelona will be held on Thursday 14 February at 18:00, in the “Saló de Cent” of the Barcelona City Council, and will be chaired by the mayor of Barcelona, Ada Colau, and the Commissioner for Culture of the Council, Joan Subirats, and led by the actress Àgata Roca.

This is the third time that an IRB Barcelona researcher has been given this prize: the first scientist to receive it was Ernest Giralt (Head of the Peptides and Proteins Laboratory), in 2014, followed  by Salvador Aznar (Head of the Stem Cells and Cancer Laboratory), in  2016.

The “Premis Ciutat de Barcelona” have been given yearly since 1949 by the Barcelona City Council in  recognition of excellence in a variety of fields, including research and production, by creative individuals and groups working in these areas or by organisations in Barcelona that devoted to them or promote them.