Three projects with the participation of IRB Barcelona, awarded a “Seed Grant” from the BIST Ignite programme 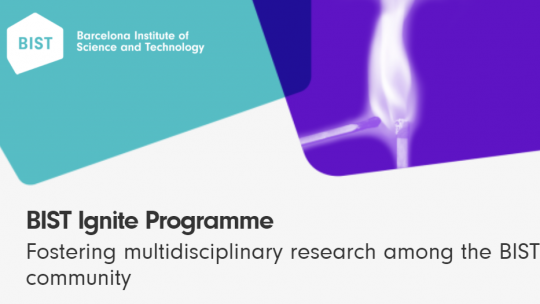 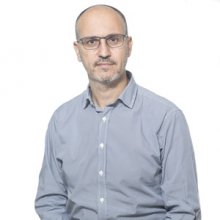 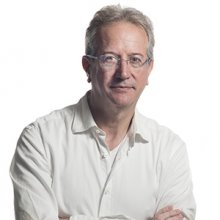 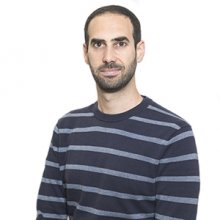 Three projects with the participation of IRB Barcelona researchers are among the awardees with a "Seed Grant" from the BIST Ignite programme: Dr. Xavier Salvatella Dr. Antoni Riera, and Dr. José Alberto López.

Barcelona, 28 June 2021. The Barcelona Institute of Science and Technology (BIST) announced the five winners of the first phase of this year's BIST Ignite Programme today. This is the fifth edition of the programme, which promotes multidisciplinary collaborations at the frontiers of knowledge to solve scientific and societal challenges that have yet to be solved by cutting-edge research.

Once again this year, most of the grant-winning projects focus on health and more specifically on the search for new therapeutic alternatives for diseases that have no cure. These include neurodegenerative diseases such as Huntington's chorea, triple negative breast cancer, muscular dystrophies such as Duchenne disease, and the pathological accumulation of senescent cells. The independent panel of experts who selected the projects also valued the scientific advancement that the TeraFox project, which will explore the interaction between light and matter in the field of new materials, has proposed.

PolySTOP: understanding and controlling the genetic alteration of the polyglutamines that cause Huntington's chorea

The expansion of certain amino acid chains (polyglutamines, PolyQ) in various proteins found in neuronal cells is responsible for neurodegenerative diseases such as Huntington's chorea, which currently has cure and no treatment to slow down its development.

Dr. Benedetta Bolognesi, leader of the Protein Phase Transitions in Health and Disease Group at the Institute for Bioengineering of Catalonia (IBEC), and Dr. Xavier Salvatella, leader of the Laboratory of Molecular Biophysics at IRB Barcelona, lead PolySTOP. The project will combine the methodology developed by Bolognesi's lab to measure these amino acid expansions in vivo —which will apply to the more than 300 mutations of the Htt-Nt protein responsible for Huntington's disease— with the experience of Salvatella's team in the structural study of these expansions and the design of peptides.

"Our methodology allows us to analyse the propensity of thousands of PolyQ sequences to produce amyloid plaques. It is a systematic way to measure how these chains and their 'adjacent regions' impact aggregation. With this we can obtain 'mutational landscapes' that will allow us to understand what exactly these areas do in the aggregation process. Dr. Salvatella's team will then be able to study their structure and design peptides that can bind to glutamines and control their aggregation," explains Dr. Bolognesi, "This may offer therapeutic alternatives not only for Huntington's, but also for other neurodegenerative diseases that are currently untreatable.”

Inhibiting the IMPDH2 enzyme stops the proliferation of cancer cells, but the enzyme is needed by all cells in the body, so inhibiting it is toxic. Recent research has revealed that IMPDH2 is also found in the chromatin (cell nucleus) of triple-negative breast tumours - which do not respond to any treatment - but is less present in the cell nuclei of tumours that respond well to therapy. "This gives us a new scientific objective," explains Dr. Sara Sdelci, leader of the Cancer Epigenetics and Metabolism Group at the Centre for Genomic Regulation (CRG), "which is not to inhibit, but to degrade the enzyme in the cell nucleus. The challenge is therefore twofold: to degrade the enzyme we are interested in and to do so only in the cell nucleus".

To do so, Dr. Antoni Riera, Head of the Research Unit on Asymmetric Synthesis atIRB Barcelona, and his team are designing a bifunctional molecule, "one part of which will adhere to the enzyme being degraded and another part that will mark it so that the proteosome - the natural mechanism cells have for degrading proteins - degrades IMPDH2". A protein that is only found in the cell nucleus will be used as a marker, allowing for degradation of the protein only where it matters. The advantage of this therapeutic approach is that the bifunctional molecule remains active after it has "tagged" a protein molecule in a particular cell and can continue to do so in other cells.

SENESGOLD: eliminating senescent cells by synthesising senolytic drugs within the cells themselves

Senescent cells are damaged cells that have stopped their replication mechanism and are supposed to be eliminated by our immune system. However, this does not always happen, leading to a pathological accumulation of senescent cells. This is linked to age-related diseases, as well as to the side effects of very aggressive treatments like chemotherapy. Eliminating these senescent cells is a therapeutic objective to treat these diseases, and is the goal of the SENESGOLD project, co-led by Dr. Marc Montesinos, Postdoctoral Researcher at the Institute of Chemical Research of Catalonia (ICIQ),  and Dr. José Alberto López, Postdoctoral Researcher at IRB Barcelona.

"The project combines two very novel research areas: research in the biology of senescent cells, and the catalysis of drugs within the cells themselves. The challenge of this project is to carry out this catalysis inside the specific cells we want," explains Dr. José Alberto López. To do this, the project uses the beta-galactosidase enzyme, which is most active in senescent cells, as a marker. This enzyme will activate small molecules containing gold atoms inside the cells, "which in several recent studies has been shown to activate bonds with organic compounds that other metallic compounds cannot", says Marc Montesinos, with the aim of developing a catalytic drug production system (prodrug) that has the capacity to eliminate senescent cells "in vivo".

Other awarded projects are: 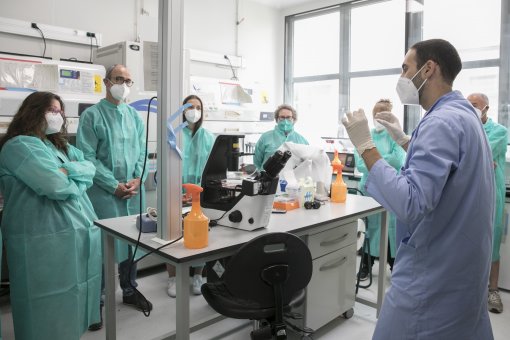