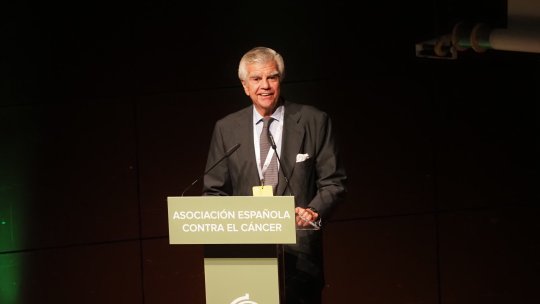 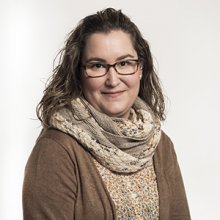 Salvador Aznar-Benitah has received a grant in the AECC Project category.

Coinciding with World Cancer Research day, which is held on 24  September each year, the Spanish Association Against Cancer (Asociación Española Contra el Cáncer, AECC) has announced the research projects and scientists who have been awarded funding for the coming years, among them a project and two women scientists at the Institute for Research in Biomedicine (IRB Barcelona).

Salvador Aznar-Benitah, head of the Stem Cells and Cancer Laboratory at IRB Barcelona, is one of the beneficiaries of the funding awarded by the AECC, within the AECC Project category. The project, which will receive funding over the next three years, seeks to unravel why metastatic cells need saturated fats to be able to invade and colonize other organs.

The postdoctoral researchers Magdolna Djurec and Erika López Arribillaga, from the Stem Cells and Cancer Laboratory and Biomedical Genomics Laboratory respectively, have also each received a 4-year AECC postdoctoral fellowship.

Like Aznar-Benitah,Djurec studies the role of saturated fat during metastasis. “Understanding how certain types of fat enhance metastasis gives us the opportunity of develop new therapeutic tools with which to prevent and inhibit metastatic colonization,” explains the researcher.

López Arribillaga’s project aims to study the effect some pharmaceutical agents used in chemotherapy have on the genome of colorectal cancer cells and to draw up a “damage and repair map”. The scientist comments that “this will allow us to explore new mechanisms of resistance to chemotherapy, as well as to address possible personalised therapies”.

The fight against cancer is one of the major challenges currently faced by society. Around 50% of cancer cases are cured and the objective is to achieve a 5-year survival of 70% by 2030. To this end, the AECC has once again called for a National Cancer Research Plan.