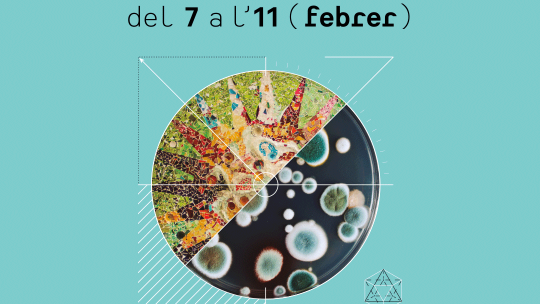 The first Biennal Ciutat i Ciència event, organised by the Barcelona City Council through the Barcelona Institute of Culture (Institut de Cultura de Barcelona (ICUB), will be held between 7 and 11 February. This activity seeks to foster reflection about scientific and technological challenges and their impact on society. As one of the reference centres in biomedical research of the city, the Institute for Research in Biomedicine (IRB Barcelona) will be participating in this initiative through a variety of activities.

On Monday 14 January, the mayor of Barcelona, Ada Colau and the Commissioner for Culture, Joan Subirats, presented the programme of activities for Biennal Ciutat i Ciència in a press conference. With the goal to increase access to knowledge, 100 activities involving 118 scientific and cultural institutions and held in 72 places around the city will be offered over five days.

IRB Barcelona to bring biomedicine closer to the public

In alignment with one of the objectives pursued by IRB Barcelona, namely that of fostering knowledge and scientific culture and critical thinking in a wide variety of audiences, the institute will be presenting the following activities at the event:

Advances in chemistry have brought about the development of new medicines and spare parts for our bodies, thus allowing us to live longer and with a greater quality of health. Ernest Giralt, researcher at IRB Barcelona and emeritus professor of the University of Barcelona, will be participating in this talk, together with Olga López, researcher at the Institute for Advanced Chemistry of Catalonia (IQAC-CSIC), and José Ignacio Borrell, coordinator of the Grupo de Química Farmacéutica of the IQS School of Engineering at the Ramon Llull University.

Researchers from IRB Barcelona will be giving a workshop for families with kids ages between 7 and 12, in which they will be able to compare how the human body works with how a city works. The audience will learn how to look after their body and how it ages, and they will also get the opportunity to look at real biological samples under a microscope.

In the framework of the International Day of Women and Girls in Science, the Fundació Catalana per la Recerca (FCRI) and BIST (which IRB Barcelona forms part of) have organised 100 scientific talks, which will be held simultaneously in schools around Catalonia. The following ten female scientists from IRB Barcelona will be participating in this activity: Alícia Llorente, Anna Lladó, Anna Pijuan, Clara Suñer, Marta Kovatcheva, Meritxell Teixidó, and Núria López-Bigas.